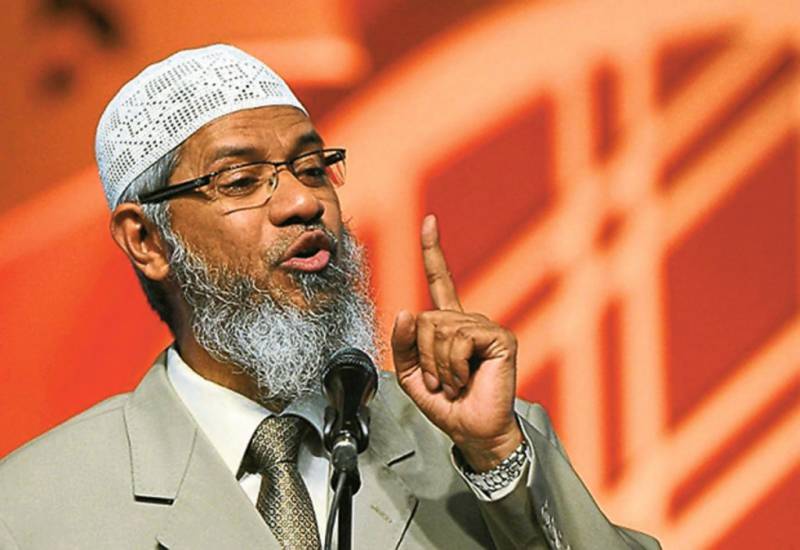 KUALA LUMPUR – Islamic preacher Dr Zakir Naik is expected to return to India tonight after the extradition request forwarded to the Malaysian government was approved on Wednesday.

“He is out of the country tonight. He will be taking a flight to India today I believe,” Malaysian government sources told Indian media outlets.

Zakir had dashed to Malaysia in 2016; he was residing in Putrajaya after the Modi regime ramped up pressure on him for his alleged hate speeches.

The ‘Peace TV’ scholar was accused of inciting ISIS militants who then carried out the 2016 Dhaka attack – a claim vehemently denied by Zakir Naik.

Dr Naik has rejected these allegations and said, “I disagree that I inspired this act of killing innocent people,” declaring that “terrorism is Devil-ish”.

Naik told The Indian Express that he condemns the attack. “By using the name Islamic State, we are condemning Islam… They are the anti-Islamic state of Iraq and Syria that has killed innocent foreigners. The name is given by enemies of Islam,” he said.

Naik, in an open letter, had urged the government to be “truthful with facts” in their investigation.

India has been after the scholar after the attacks. It had also attached properties worth Rs 183.7 million in the form of mutual funds, real estate properties and bank balances of Islamic Research Foundation (IRF) – an entity belonging to him and having huge fan base in India.

The website of IRF foundation has also been blocked besides conducting raids at its offices across Mumbai. IRF had also been banned by India for five years, last year.