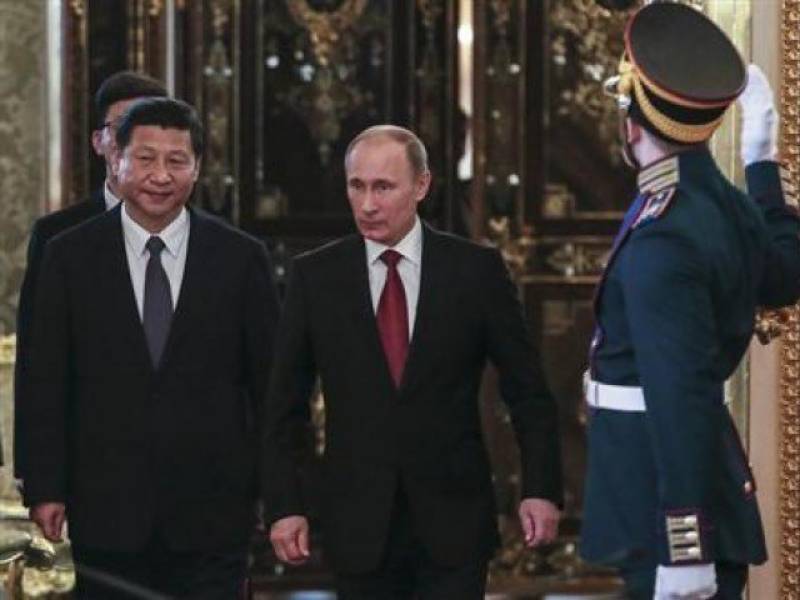 Russian President Vladimir Putin and Chinese leader Xi Jinping met Tuesday against a backdrop of mounting tensions over North Korea ahead of G20 summit talks with US President Donald Trump.

The sit-down in Moscow is meant to focus on bolstering trade ties between the two partners, with deals worth billions of dollars expected to be signed.

But the talks were also expected to discuss North Korea after Pyongyang claimed the launch of its first inter-continental ballistic missile, and Trump urged China to “end this nonsense once and for all”.

“Economic questions are always at the centre of our attention but we are also engaged in coordinating our efforts on the international arena,” Putin told Xi at the start of the talks.

It is their third official meeting this year. Xi in turn praised the “special character” of China’s ties with Russia.

Chinese state news agency Xinhua reported earlier that Putin and Xi “agreed to jointly push for a proper settlement of the peninsula issue via dialogue and negotiation” at a closed Kremlin meeting Monday evening on the eve of the official talks.

Beijing – North Korea’s closest diplomatic ally – and Moscow have called repeatedly for calm on all sides, but Trump has warned Washington’s patience with Pyongyang is nearing an end.

Xi and Putin once again slammed the US THAAD missile system installed in South Korea to protect against the North, Xinhua said. Both leaders argue that it threatens the strategic balance in the region.

The Kremlin gave no details on what was discussed at the “informal” tete-a-tete Monday.

The leaders of the two giant neighbours are expected to oversee the inking of a raft of deals worth billions of dollars as Moscow continues a pivot towards China it has ramped up since ties with the West slumped over Ukraine.

Ahead of his arrival in Moscow Xi said that relations with Russia were currently enjoying their “best time in history” as he and Putin have struck up a close relationship.

The Kremlin strongman is set to present Xi with a prestigious Russian state award at the Kremlin.

After their meeting in Moscow the two leaders are set to head to the G20 summit in Hamburg where they will come face-to-face with Trump, a first meeting for Putin with the US president.