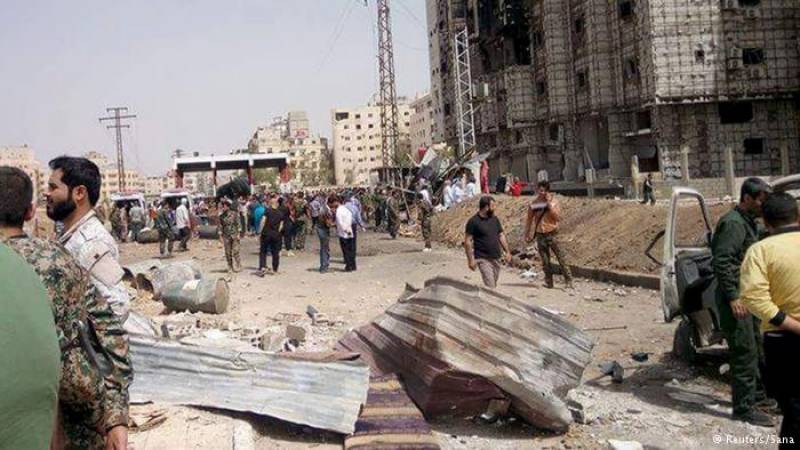 BEIRUT (APP/AFP): Syrian government forces were locked in fierce battles with rebels north of Aleppo on Sunday in a bid to cut the last opposition route out of the city, a monitor said.

Fresh clashes broke out overnight in Mallah, a section of farmland on the northern edge of the divided city of Aleppo, according to the Syrian Observatory for Human Rights.

President Bashar al-Assad's forces have been attempting to seize Mallah for more than two years as it runs adjacent to the Castello Road -- the last route rebels can use to access districts they control in the city.

"Regime forces were able to advance in the area, but the Castello Road is still open," said Observatory head Rami Abdel Rahman.

"If they seize control of all of Mallah, they will be able to besiege the opposition neighbourhoods of Aleppo city," he added.

Syrian daily Al-Watan, which is close to the government, quoted a field commander on Sunday morning saying the army had fully overrun Mallah but had not yet cut off the Castello Road.

"The army has two kilometres (less than two miles) left to cut the militants' only lifeline from the eastern neighbourhoods to the outside world via the Castello Road," the paper wrote.

Fighting has rocked Mallah since a government assault on the area began in late June, followed by a jihadist-led counterattack.

The situation has remained fluid, with each side advancing briefly before being rolled back.

Dozens of fighters on both sides of the frontline -- including from the Al-Nusra Front, the Syrian branch of Al-Qaeda -- have been killed there over the past week, the Observatory said.

Aleppo province is criss-crossed with supply routes for nearly all of Syria's warring parties -- rebels, jihadists, the regime, and Kurdish forces.

The city itself -- the country's pre-war commercial capital -- has been divided since mid-2012 into rebel-held and regime-held areas.

Syria's government has pledged to retake the whole city despite efforts by Washington and regime ally Moscow to stem the violence there.

Several temporary freezes on fighting have been implemented in the city, but a broader truce brokered by the US and Russia has not held there.