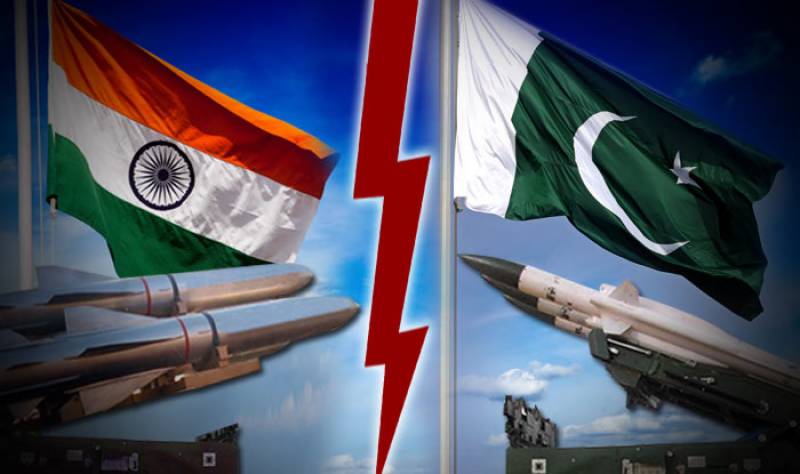 I am writing this open letter to you as a concerned member of Senate of the Islamic Republic of Pakistan – I am writing to express our gravest misgivings over the discriminatory behavior that we fear is being demonstrated towards Pakistan by some members of the prestigious organization currently under your chairmanship, at a time when once again we are faced with the dilemma of legitimized Indian ‘exceptionalism’. I wish to draw your attention not only to the folly of such isolationist behavior towards a highly responsible member of the international nuclear community, but also to highlight Pakistan’s continued commitment towards the goals of nuclear non-proliferation and disarmament, reflected in the series of concrete steps that have been undertaken by Pakistan over the past 40 odd years.

Foremost, let me appreciate the wisdom of the decision of Nuclear Suppliers Group (NSG) in not allowing the membership of India into the group without the establishment of previously agreed upon criteria for the entry of a non-NPT state, particularly in light of the pressure to accept Indian exceptionalism. It is indisputable that any state’s membership bid for the NSG should and must be scrutinized in the backdrop of the applicant’s record vis-à-vis the benchmarks of nuclear non-proliferation and disarmament. It is beyond question that such a criteria-based approach is the foundation of stable and just international regimes, which reject country-specific exceptionalism and political preferences. We place our faith in these regimes on this very basis that every case will be examined impartially, and in light of the guiding principles of the organization – the NSG is no exception.

The world believes that through the NSG, a state may embark upon nuclear trade that will definitely be for peaceful purposes, and not “contribute to the proliferation of nuclear weapons or other nuclear explosive devices, and that international trade and cooperation in the nuclear field is not hindered unjustly in the process”, as it will ensure adherence to these guidelines. Similarly, it is undeniable that ignoring these NSG guidelines when considering an application will weaken international non-proliferation norms, as only an objective, non-discriminatory, equitable, ‘rule and criteria-based’ system, in line with existing international nuclear non-proliferation norms will strengthen the structure of the non-proliferation regime. Excellencies, let me highlight that despite being a non-NPT state, I have no qualms in supporting and promoting Pakistan’s case for inclusion in the NSG. I believe whole-heartedly that our case is strong, legitimate, logical and legal from an entirely unbiased perspective. Some of the fundamental credentials Pakistan holds include:

• Pakistan is a responsible nuclear power that has proactively been working with, and in accordance to, the International Atomic Energy Agency’s (IAEA) standards. This is reflected through Pakistan’s efforts for cooperating with the international community to prevent and control the proliferation of weapon of mass destruction and their delivery systems. All of Pakistan’s civil nuclear facilities are under IAEA safeguards, and the country is fully determined to place all foreign supplied nuclear reactors under the same.

• Pakistan has a very well-defined and robust command and control system under a National Command Authority (NCA). We believe that the matter of nuclear safety and security is of paramount importance. Any problems that we faced in this context initially have been resolved immediately and permanently. We now have an autonomous Nuclear Regulatory Authority (PNRA) that closely collaborates with the IAEA, particularly on matters of nuclear safety, security and radiation protection, and Pakistan now has over four decades of experience in the safe and secure operation of nuclear power plants.

• To further strengthen its nuclear safety and security structure, Pakistan has also taken numerous legal, regulatory and administrative measures at par with international best practices. In 2014, the Nuclear Threat Initiative (NTI) termed Pakistan as the ‘most improved’ country among nine nuclear-armed states, and better at safeguarding its nuclear materials than rival India. To date, Pakistan’s record is accident and incident-free.

• Pakistan has evolved a comprehensive and robust export control regime underpinned by strong legislation, regulatory and enforcement mechanisms. We have not only promulgated the Export Control Act as early as September 2004, but also established a Strategic Export Control Division at the Ministry of Foreign Affairs. Our national export control lists are no different from the control lists of NSG, MTCR and Australia Group.

• The country has always endeavoured to fulfil its international obligations, and is a state-party to various international instruments, including the CWCIO, BTWC, PTBT, CPPNM, the IAEA Code of Conduct on Safety and Security of radioactive sources, and also participates in the IAEA Incident and Trafficking Database (ITDB). We have effectively been contributing to global non-proliferation efforts through multilateral instruments such as the UNSCR 1540 and global initiatives such as the Nuclear Security Summit (NSS), the Global Initiative to Combat Nuclear Terrorism (GICNT), the Proliferation Security Initiative (PSI), Container Security Initiative (CSI) and Mega Port Initiative (MPI).

• We have also put forward several proposals ranging from a strategic restraint regime comprising nuclear and missile restraint, conventional balance, conflict-resolution, and nuclear weapons-free zones to a regional test ban treaty. Unfortunately, all these proposals have been rejected by India.

• Pakistan not only believes in horizontal non-proliferation, but also opposes vertical proliferation. We consider that an open-ended nuclear arms race in the region will be highly detrimental not only for our national interests but also for regional stability.

• The European Organisation for Nuclear Research (CERN) has granted Pakistan the status of an associate member. Of the 300-plus scientists currently working with CERN, 37 originate from Pakistan, whereas India is not yet even a member of this highly prestigious colloquium.

• To showcase its resolve and commitment to the cause, Pakistan has proactively informed the IAEA Director General of its adherence to the objectives of NSG, and its decision to act in accordance with NSG guidelines with regard to the transfer of nuclear material, equipment and related technology, including related dual-use equipment, materials, software and related technology.

• Finally, Pakistan has the expertise, manpower, infrastructure as well as the ability to supply NSG-controlled items, goods and services for a full range of nuclear applications for peaceful uses.

Excellencies, the entire edifice of disarmament, arms control and non-proliferation has been gravely undermined over the past decade through the pursuit of discriminatory policies based on double standards. The foremost of these is the NSG waiver granted to India in 2008 – the non-NPT state that is single-handedly responsible for the creation of the NSG itself – in the pursuit of temporary financial gain, and at the cost of the de-legitimization of international regulatory regimes. India abused the opportunity, as can only be expected in a non-regulated environment for a country with a similar track record, by expanding its nuclear arsenal as a result of diverting its domestic fissile material towards weapon production. For a country that had previously diverted the fissile material imported for the Canadian-supplied reactor in Tarapur to weapon production, enabling its first nuclear test in 1974 and introducing nuclear weapons to the South Asian region, such exceptionalist policies hardly seem justified. It has since also refused to sign the NPT, and opposed the Comprehensive Test Ban Treaty (CTBT).

It conducted further nuclear tests in 1998, forcing Pakistan to respond accordingly to counter what it perceives as an existential threat. Today, the Obama Administration is going a step further by actively lobbying for Indian membership of the NSG. Let me remind you, Excellencies, that this is the same country that has a history of nuclear accidents and incidents, which have proven to be serious concerns for international peace. The Kakrapar Atomic Power Station in the Indian state of Gujarat has faced many accidents since it was commissioned in 1993, including a major incident in 1994 when the reactor was flooded and water reached inside the reactor building itself. Excellencies, once again we find ourselves standing at a crossroads. Pakistan’s commitment to the goals of nuclear non-proliferation and disarmament is unwavering It also has legitimate needs for civil nuclear power generation to meet the growing energy demands of its expanding economy.

This is an essential part of the country’s national energy security plan, and this can be easily achieved if the status of NSG membership is approved. However, if Pakistan continues to be treated discriminately vis-à-vis the NSG membership, and India is granted access to the group bypassing all criterion and guidelines and in ignorance of the past, not only will the structure of strategic stability in South Asia be irreparably damaged and destabilized, but international non-proliferation regimes will become weaker and lose the trust of the global community. Global nuclear disarmament will recede even further into the distance.  NSG membership is only via a unanimous vote. With India as a member, and despite its claims to the contrary, Pakistan has historical reasons to believe its dream to become a legitimate and responsible member of this nuclear group will remain nothing more than a pipedream.

It is no wonder Pakistan desires a simultaneous membership of the NSG, alongside India, through a fair, transparent and criteria-based approach. Without this, there can be no hope for the strategic stability of the region, and we may once again be witness to one of the world’s most volatile region’s descent into an arms race. Excellencies, as a citizen of the part of the world directly affected by this decision, I urge you all to carefully consider the consequences on your decisions for the future generations of this region. If a non-NPT nuclear weapon state is to be admitted into the NSG at all, it must be on a non-discriminatory, non-preferential, non-exceptionalist basis. The eyes of the world are upon you all to ensure that justice and transparency prevails.