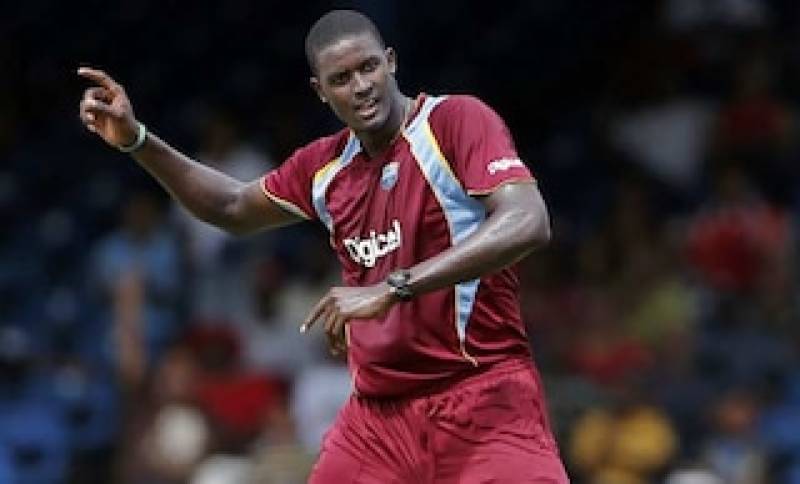 DUBAI - West Indies captain Jason Holder has been suspended for the third and final Test against England due to his team's slow over-rate during their victory in Antigua last week, the ICC announced on Monday.

Cricket's governing body banned Holder, despite the hosts playing four seamers and the regular fall of wickets as England were bowled out for 187 and 132.

The ICC said in a statement that the Windies were two overs short of their target for the match.

Holder was previously found guilty of a slow over-rate during his team's third Test defeat by Sri Lanka last June.

"(Match referee) Jeff Crowe... imposed the suspension on Holder after the Windies were ruled to be two overs short of their target after time allowances were taken into consideration," the ICC said.

The 27-year-old all-rounder, who has taken seven wickets and scored 229 runs in the series so far, was also fined 40 percent of his match fee, while all the other Windies players were fined 20 percent each.

The Windies, who also thrashed England by 381 runs in the first Test, have sparked hopes of an upturn in form with their excellent performances against a side ranked five places higher than them at third in the Test rankings.

The final Test in St Lucia starts on Saturday, with the Caribbean side looking for a famous series whitewash. - APP/AFP