Protest held in Kabul against alleged killing of PTM leader in Pakistan
4 Feb, 2019 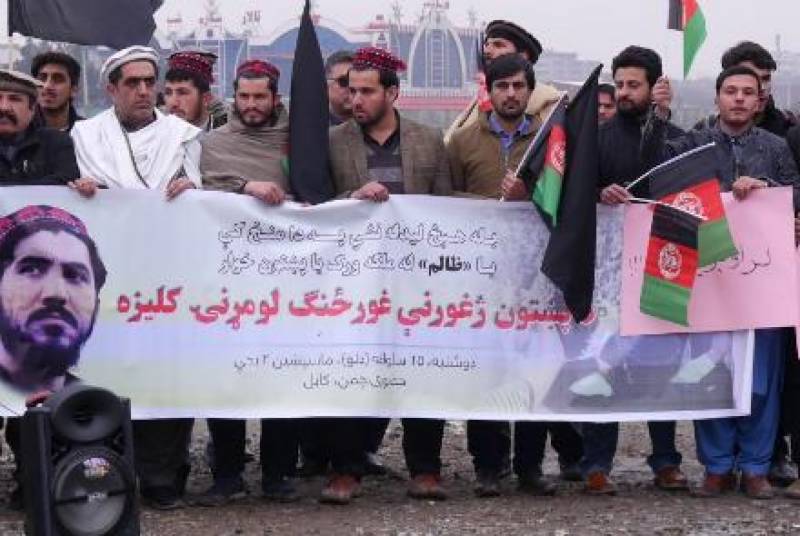 ISLAMABAD - Dozens of activists and residents of Kabul on Monday staged a protest against the alleged killing of a senior member of the Pashtun Tahafuz Movement (PTM), also called Pashtun Protection Movement, a social movement for Pashtun human rights, based in Khyber Pakhtunkhwa and Baluchistan, by Pakistani police.

Arman Loni was one of the leaders of the PTM who was killed after returning from a sit-in protest outside Loralai Press Club in Baluchistan on Saturday, reports suggest.

The sit-in protest had been staged in protest against a recent terror attack. Pakistan media reports stated Loni had been sitting in a park after the protest when police arrested him.

Loni had attended the sit-in protest along with his sister, Wranga Loni.

Such protests were held in other parts of the country as well including in the southern and eastern provinces.

The activists in Kabul chanted slogans against Pakistan and the intelligence agency of the neighboring country.