Pakistan to adopt a proactive approach for people of IoK: Report
4 Feb, 2019 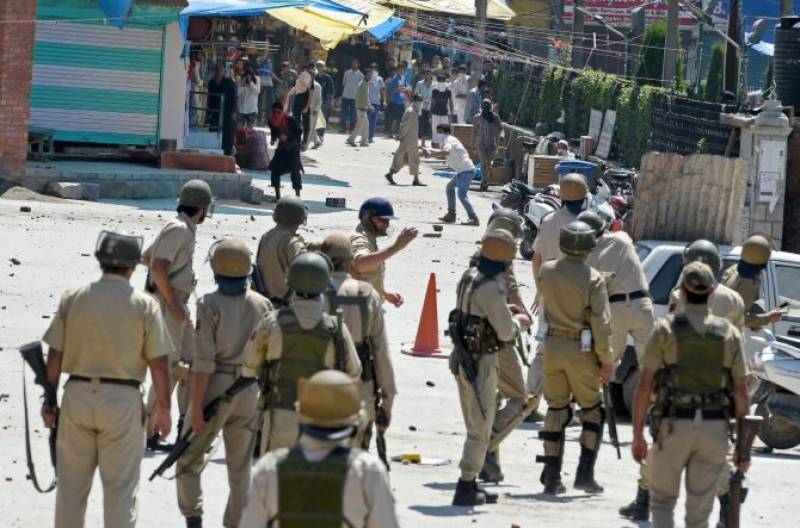 KARACHI - Dr Shahida Wizarat, a senior researcher and academician has called for a proactive approach on part of all Pakistanis to facilitate freedom for inhabitants of Indian held Kashmir. Talking to APP here on Monday, she said surge in the frequency and intensity of atrocities committed by India against children, youth along with citizens in general, without any discrimination in terms of gender and age, demanded that a result oriented approach is adopted. "We Pakistanis must go for a multi-pronged approach utilizing each and every forum to pressurize Indians to quit parts of Kashmir forcefully occupied by them for years," said Dr. Wizarat. Substantiating, her statement the academician said at current point of time when Pakistan is providing its good offices to US for mending fences with Taliban the former can ask for settling of IOK issue in accordance to will of its people. "Reciprocity is a characteristic feature of diplomacy and we too must ensure that US enjoying extremely cordial relations with India plays a role in settling the issue which is but freedom of IOK," she said. In the similar fashion, she said opportunity provided to Pakistan through improved relations with Russian Federation can also be utilized for the purpose. "Russia enjoying equally good relations with India and being one of its major trade partner can be engaged by Pakistan to help end the plight of people subjected to severe brutality just because they want freedom," she said. "In the same context Labor Party in Great Britain has since long acknowledged that their country too is party to the conflict and therefore must be taken on board through efficient diplomacy," added the senior academician. Dr Shahida Wizarat associated with Institute of Business Management said every Pakistani in his or her individual capacity must make proper use of social media and sensitize people around the globe about the rampant violation of human rights in IOK. "We actively and efficiently must take world on board about the issue, existent situation in IOK and also highhandedness of a country that claims itself to be the world's largest democracy," she said. To another query she said there is need to hold international conferences at regular intervals in the country during which the ambassadors stationed at Islamabad may be invited. "Idea must not only be to keep them in loop with regard to perspective of the people of Kashmir in general or keep them updated about ensuing situation in IOK but also to ensure that the conflict is resolved for good," said the researcher. Dr. Wizarat said residents of IOK being the true flagbearers of Pakistan and actually sacrificing their lives for the cause can not be ignored in any manner or at any level. "Our solidarity with people of Indian held Kashmir must not be perfunctory but tangible as we Pakistanis can never overlook ignore their struggle," she reiterated.