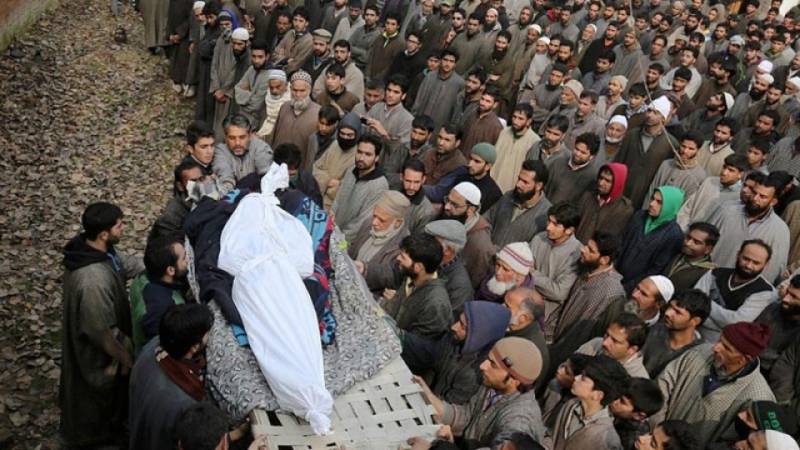 In occupied Kashmir, Indian troops, in their unabated acts of state terrorism, martyred 18 Kashmiris during the last month of January.

According to the data issued by the Research Section of Kashmir Media Service, these killings rendered two women widowed and two children orphaned.

As many as 126 people were injured due to the use of brute force and firing of bullets, pellets and teargas shells by the Indian troops and police personnel against mourners and peaceful protesters while 93 civilians including Hurriyat leaders and activists were arrested during the month.