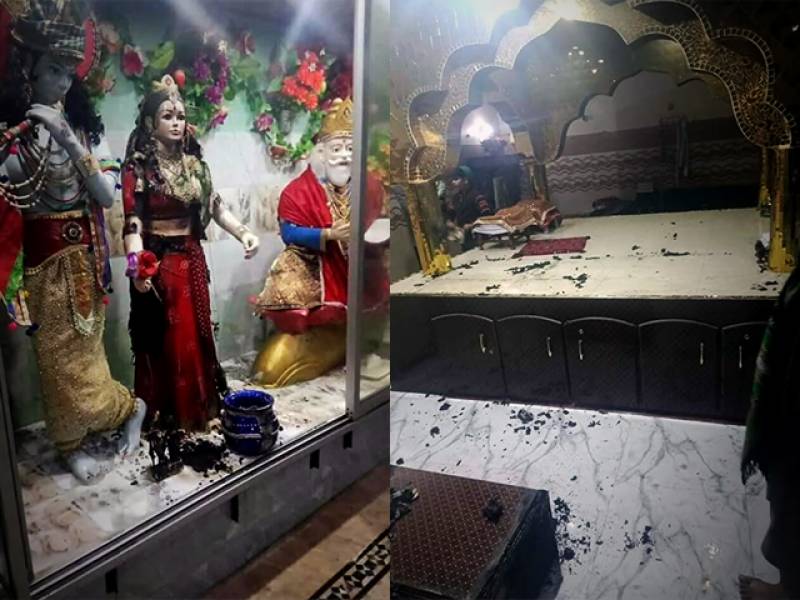 KARACHI - In Sindh’s Khairpur district an arson attack on a Hindu temple has been reported on Sunday evening.

The Sham Sundar Shewa Mandli Temple is located in a Hindu neighbourhood and is surrounded by around 50 to 70 houses.

Between 6pm and 6:15pm on Sunday people entered the temple and set fire to three sacred books – including as the Bhagwat Geeta and Guru Granth Sahib — and idols. Both were in separate rooms.

The community has approached the police to register a case against unidentified persons. According to Vijay Kumar, the incharge of the temple, the police have obtained fingerprints from the temple window and taken three people into custody. An FIR has been registered, he confirmed.

Kumb is located around 28km from Khairpur. It falls in Kot Diji taluka.

The culprits had a small window of time to act as women pray at the temple till around 6pm and a group of children comes in at around 6:15pm. A resident, Gurnumal, said the suspects were in and out within 15 minutes. The children sounded the alarm that a fire had been set at the temple.