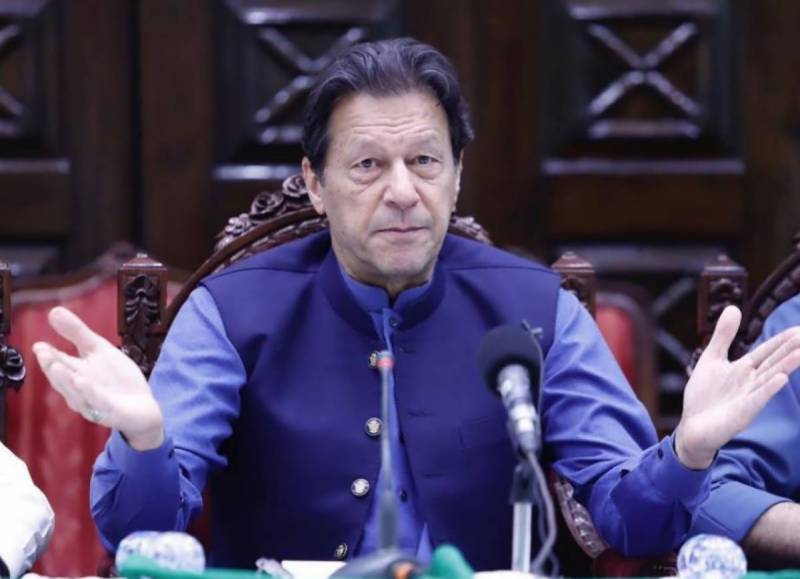 The defiant politician made these remarks during an exclusive interview with *Bol News* as he revealed that Gen Bajwa was playing a ‘double game’ and he could later identify that even PTI members were being given different messages.

PTI chief added that the retired general used to give different messages to his party members, admitting he had a strange attitude after the extension.

Responding to a question, Khan said he used to trust whatever Gen Bajwa said. He continued saying that ‘I would tell him [Gen Bajwa] that both of us are thinking about Pakistan and our only purpose was to save the country,’ adding that he didn’t know how he was being betrayed.

Khan mentioned receiving reports from the Intelligence Bureau about a ‘game’, admitting that he was aware for some time about retired officials and then opposition members.

PTI chief said an extension should not be given at that time, adding that the situation was otherwise and he had not many options.

Sharing his views on upcoming general polls, the former premier said he invited the ruling coalition to hold talks over the date of general elections, noting that his party would only wait till March 2023.

if the government is ready to hold elections by the end of March, he would not dissolve Punjab and Khyber Pakhtunkhwa assemblies, Khan said while hinting at dissolving assemblies, if Sharif-led government mulled extending polls after March.

He cited the worsening economic situation as a key reason behind the demand for early elections and mentioned that the debt of cash strapped country was constantly increasing with every passing day. Rulers run away in the end and it’s the citizens who suffer, he added.

PTI chief also mentioned that Punjab Chief Minister Pervaiz Elahi had promised to follow his orders, saying the latter has given him the full authority to dissolve the assembly whenever I want.