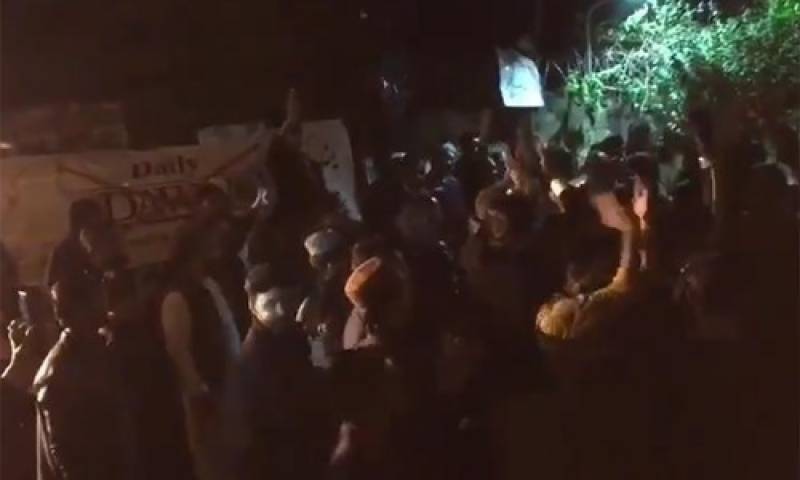 A few dozen unidentified people on Monday had staged a protest outside *Dawn* offices in the capital over publication of a news report regarding the Pakistani origins of London Bridge attack who stabbed two persons to death last week.

The charged mob, carrying banners and chanting slogans against the newspaper, remained outside the office building for nearly three hours, besieging the premises and making the staffers hostage.

Security guards at the media house had to lock the gates to prevent the protesters from entering the premises before police and officers of the capital administration arrived.

A day later, dozens of people staged a protest outside Karachi Press Club against *Dawn* link and made threats against its staffers.

They also threatened to besiege the offices of the media group if “prompt action was not taken against the management and outlets of the organisation for publishing false news.”

Global media watchdogs — Committee to Protect Journalists (CPJ) and Reporters Without Borders (RSF) — have called on Pakistani authorities to condemn the besiged the Dawn Office in Islamabad and to prevent demonstrations against the newspaper from turning violent.

“Pakistanis have every right to object to and demonstrate against the *Dawn* newspaper over its coverage, but threatening violence steps way over the line,” said Kathleen Carroll, CPJ’s board chair, in a statement issued on Tuesday.

“We call on Pakistani authorities to take all appropriate measures to ensure the safety of *Dawn’s* staff.”