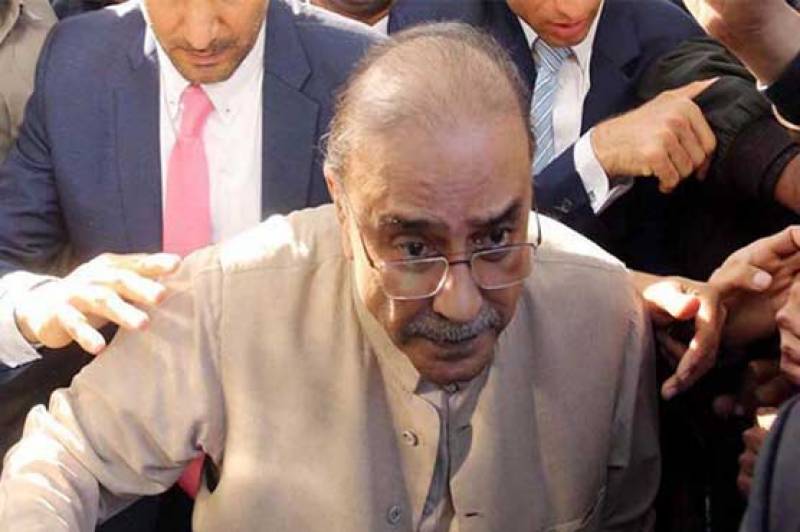 The court adjourned the hearing till December 11.

A two-member bench headed by Justice Athar Minallah presided over the hearing of the bail applications filed by Farooq H Naek on behalf of both Pakistan Peoples Party (PPP) leaders.

The National Accountability Bureau (NAB) and the federal government have been made respondents in the petitions.

The applications maintained that the NAB has failed to provide any evidence against the PPP leaders despite of their arrest from more than five months. The bail pleas further stated that the petitioners couldn’t be left at the mercy of jail authorities.

Yesterday, Mr Zardari filed two bail applications on medical grounds in two references whereas Talpur sought bail from the same court in one corruption reference, while pleading with the court that she was a mother of a differently-abled child, and therefore she needed to take care of that child.

Mr Zardari has maintained that he is suffering from a heart ailment and has had three stents placed in his body. He said that he also suffers from diabetes which means that he has to constantly monitor his blood sugar levels.

His bail plea pleaded with the court to grant bail to the petitioner as he required medical care for 24 hours a day.