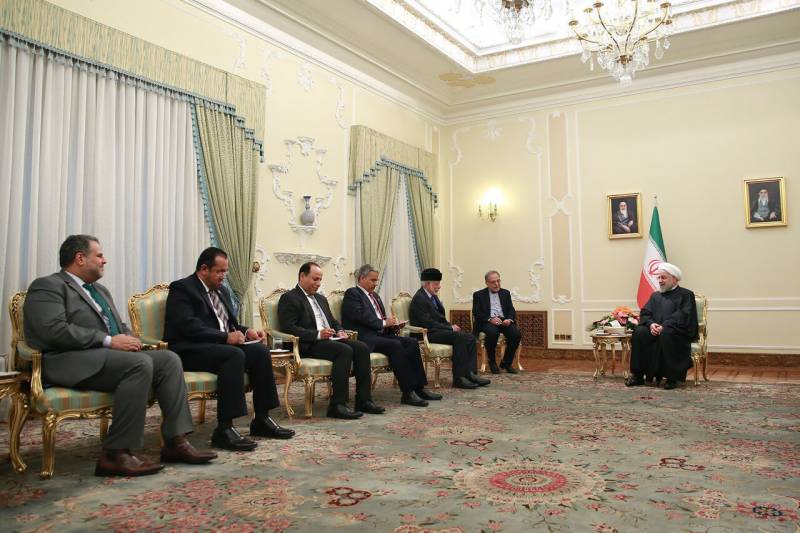 Tehran, Dec 3, IRNA- President Hassan Rouhani said on Tuesday that the Islamic Republic of Iran does not have any problems to resume ties with Saudi Arabia.

“From Iran’s points of view, there is no problem in developing ties with neighbors and resuming relations with Saudi Arabia as all countries require to stay together in order to create peace and stability in the region,” said Iran’s President Hassan Rouhani on Tuesday in a meeting with Omani Foreign Minister Yousef Bin Alawi in Tehran.

He mentioned that Saudi Arabia’s policies in Syria, Iraq and Lebanon failed to bear fruits, expressing hope that Saudi authorities change their course of action.

Rouhani noted that Iran and Saudi Arabia need to leave aside their past and look ahead to solve regional problems through cooperation.

The Iranian president stated that Iran’s Hormuz Peace Endeavour (HOPE) is aimed at bringing regional countries together to secure stability.

“We should establish security in the Persian Gulf and Strait of Hormuz through expanding our cooperation and prevent aliens to interfere,” he said.

Yusuf bin Alawi noted that Iran’s peace initiative will benefit all and also help create peace and stability in the region.

Rouhani declared that Europe and US’ efforts to end the war in Yemen has not been fruitful because they are happy to sell more of their weapons.

He stressed that the war in Yemen should end through Yemeni-Yemeni dialogue, noting that Iran and Oman can play an important role in this regard.

The Omani top diplomat stressed that “there are good signs” that the war in Yemen can end, adding that Iran will not spare any efforts given its position in the region.

The Iranian president welcomed expanding relations and cooperation between Iran and Oman, saying that the two countries need to further develop their economic and cultural ties as well.

Bin Alawi said that Muscat is interested in developing relations with Tehran and attaches special importance to it.