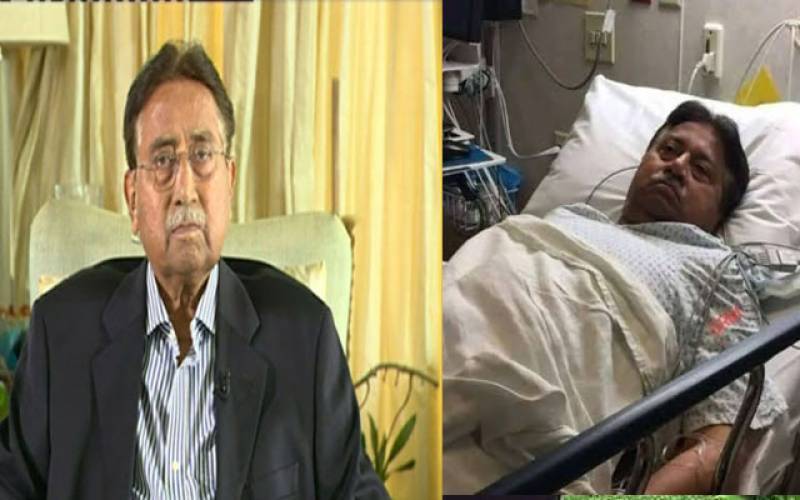 ISLAMABAD - Former President General (retd) Pervez Musharraf has said that he is being victimised regarding the treason case and has also invited the commission to visit him and record his testimony.

Following his admission in a hospital in Dubai, Musharraf, in a video statement from his hospital bed, spoke about his health saying that he fainted and had to be admitted to hospital. He added that the treason case against him is absolutely baseless. Musharraf said he has served his country for 10 years and has fought wars for Pakistan.

“I have not been heard and I'm being victimised," the former president said, adding that even his lawyer Salman Safdar is also not being heard. He said the commission can come to Dubai and record his statement in the case.

“They can come and hear me, see my condition and then decide for themselves. Then they can return and give their statement to court and my lawyer will also be heard and then I hope I will get justice," Musharraf said.

Meanwhile, the Islamabad High Court (IHC) has issued its written order barring a special court from announcing its verdict in the treason case.

During the last hearing, the special court had given Musharraf till December 5 to record his statement in the case. It had also ruled that it would conduct hearings on daily basis.

The special court has been hearing the case of imposition of extra-constitutional emergency by Musharraf in 2007. The treason case has been pending since December 2013. Back in 2014, Musharraf was indicted by the special court when he appeared and rejected all charges against him.

He then left the country in 2016 for medical treatment, after the Supreme Court removed his name from the Exit Control List.