Chinese Military troops arrive in Pakistan for one of the longest ever defence and counter terrorism joint drills
4 Dec, 2019 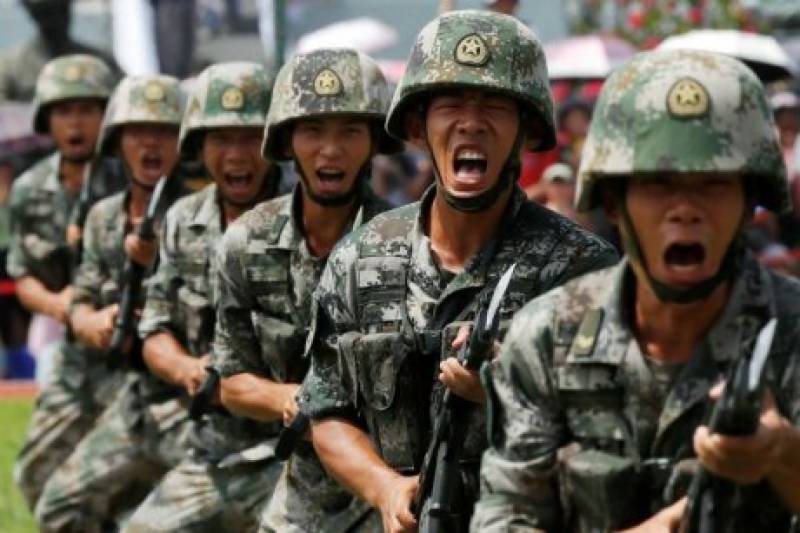 ISLAMABAD - *Chinese Military troops arrive in Pakistan for one of the longest ever defence and counter terrorism joint drills .*

They would arrive in Pakistan via motorized vehicles and air transport for the month-long joint military drill with their Pakistani peers. China and Pakistan will hold a month-long joint military exercise to boost cooperation between the two militaries and capability to jointly deal with terrorist threats including those targeting joint projects with China, the Chinese Ministry of National Defense said in a statement.

This is the seventh edition of the “Warrior" serial joint exercises between Chinese and Pakistani Special Forces, aiming to deepen cooperation and exchange between the two Special Forces and enhance their capacities to handle various security threats and implement diverse military operations, said the Chinese Ministry of Defense.

The troops will cooperate in the simulated counter-terrorism operations in mountainous regions, which focuses on thorough training of diverse combat skills such as close combat, battlefield reconnaissance, infiltration tactics and so on. The training emphasizes integrated planning and individual capacity at the same time, aiming to improve combat effectiveness and military readiness. Compared to last time, the subject of collaborated defense operation for important facilities will be newly added to this year's exercise.

According to Yang Lei, commander of the Chinese contingent and deputy commander of the special force brigade under PLA Xinjiang Military Command, both sides will organize live-fire exercises to consolidate the results of previous joint drills, strengthen military training cooperation and further deepen traditional friendships between Chinese and Pakistani militaries.