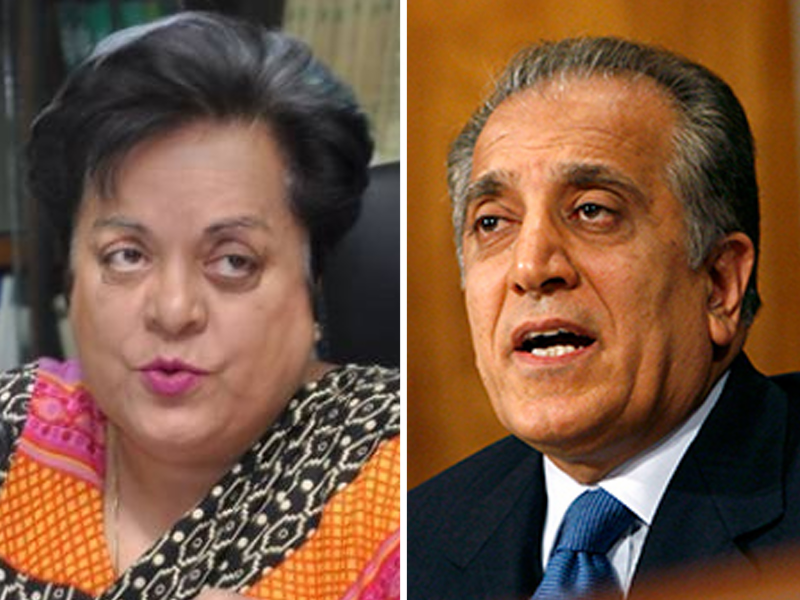 She hit out against Khalilzad for for his approach towards Islamabad.

Taking to micro-blogging site Twitter, Mazari advised Khalilzad to bring a “less arrogant and hostile mindset” during his visit to Islamabad.

It is pertinent to note that the US diplomat arrived in the federal capital early morning to hold talks with Pakistan officials pertaining to the regional situation and further Trump administration’s peace and reconciliation process in Afghanistan.

Khalilzad is scheduled to visit eight countries, including Afghanistan, Russia and the United Arab Emirates. In his October trip, the US special envoy held a series of meetings with the Pakistani leadership as part of Washington’s renewed push to bring the Afghan Taliban on to the negotiating table.

Mazari also credited Prime Minister Imran Khan for promptly responding to US President Donald Trump’s Twitter tirade. Referring to the letter by Trump seeking Pakistan’s help in Afghan peace talks, she claimed the premier’s reply had ‘compelled Trump to do a reality check’.