Pakistan off to a poor start against New Zealand in final Test
4 Dec, 2018 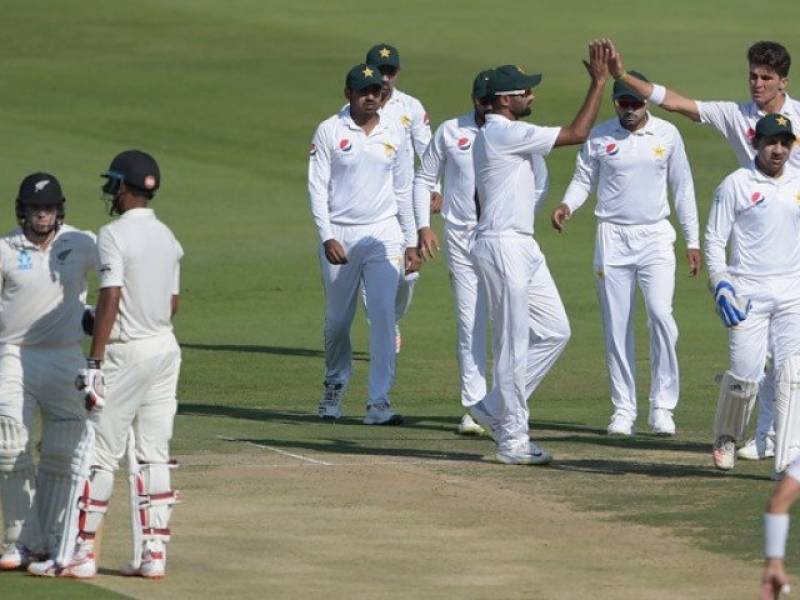 ABU DHABI – Pakistan got off to a poor start when opener Mohammad Hafeez and Imam-ul-Haq were dismissed early on the second day of the third and final Test in Abu Dhabi on Tuesday.

Hafeez dismissed without scoring while his fellow opener Imam-ul-Haq made 9 runs as Pakistan were 0-1 at lunch after BJ Watling’s fighting, unbeaten 77 took New Zealand to 274 all out in their first innings.

Trent Boult took all the wickets. Watling who carried New Zealand’s overnight total from 229-7 and added an invaluable 45 runs over the last three wickets to frustrate Pakistan.