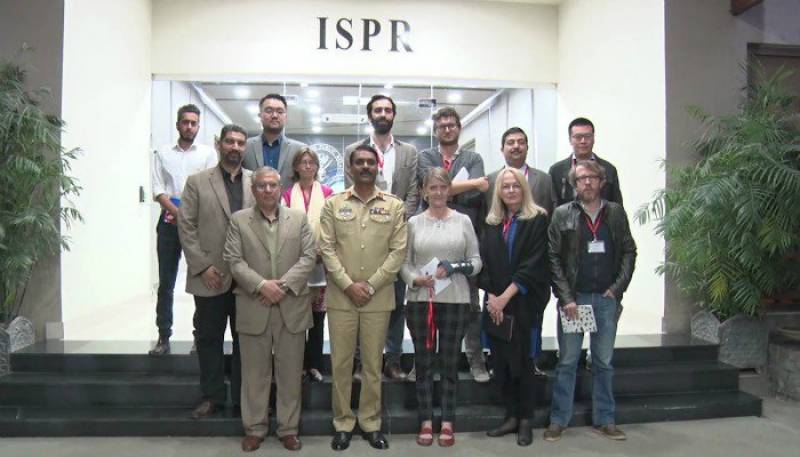 As per media report, He met a group of Pakistan-based foreign media journalists on Tuesday and said Pakistan wishes to see peace beyond borders, especially in Afghanistan.

According to a communique issued by the military’s media wing, Major General Asif Ghafoor addressed the newsmen and said he expected them to highlight improving peace & stability in Pakistan, which offers economic opportunities for foreign investors as well.

International community sees Pakistan through their reporters based in Pakistan and media has a very important role to project the true positive image of the country, he added.

The journalists were also briefed about security situation and ongoing stability operations by the armed forces; matters related to Pak-Afghan border and situation along Line of Control were also discussed.