China responds over latest interaction between Pakistan and US
4 Dec, 2018 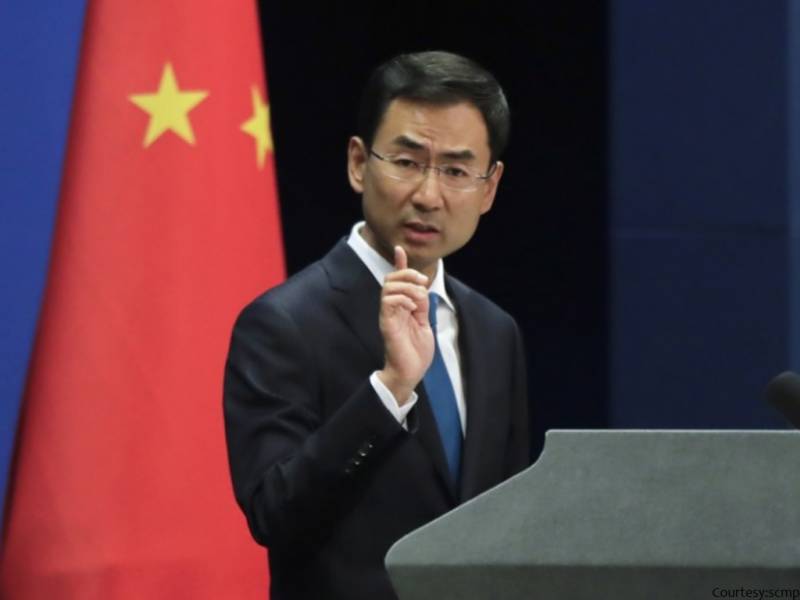 BEIJING - Welcoming interaction between Pakistan and the US, a Chinese foreign ministry’s spokesperson Tuesday said the sound and steady development of relations between the two countries was conducive to the reconciliation and reconstruction of Afghanistan as well as the international anti-terrorism endeavours.

“We welcome sound interaction between Pakistan and the US,” said during his regular briefing while responding to the APP foreign correspondent question regarding US President Donald Trump’s letter to Prime Minister Imran Khan.

He said the sound and steady development of Pakistan-US relationship was conducive to the realization of reconciliation and reconstruction of Afghanistan as well as the international anti-terrorism efforts.

“The good relations between both the countries were also conducive to the regional peace and security,” he added.

Geng Shuang said the Chinese side was pleased to see the improvement in the bilateral relations of Pakistan and the US and support their mutually beneficial cooperation.

He remarked that China also supported to step up the communication on the Afghan issue.

In his letter addressed to Prime Minister Imran Khan the other day, Trump said his most important regional priority was achieving a negotiated settlement of the Afghan war. In this regard, he had sought Pakistan’s support and facilitation.

Trump had also acknowledged that the war had cost both the USA and Pakistan and emphasized that two countries should explore opportunities to work together and renew partnership.