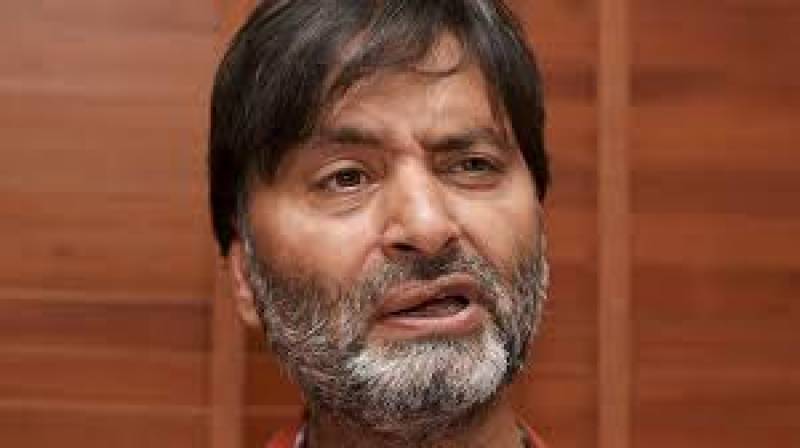 ISLAMABAD: Illegally detained Chairman of Jammu and Kashmir Liberation Front (JKLF), Muhammad Yasin Malik was admitted to a hospital in Srinagar over complaint of severe back pain.

According to Kashmir Media Service, JKLF spokesman in a statement issued in Srinagar said that Yasin Malik was taken to the Soura Institute of Medical Science in Srinagar for treatment where he was admitted to the Intensive Care Unit.

The spokesman said that the JKLF Chairman had been complaining of severe back pain the past many days and confinement in a small room had actually aggravated his already fragile health.

He said Malik is a chronic heart patient who has to take blood thinner medicine on daily basis and go through regular heart check-up.