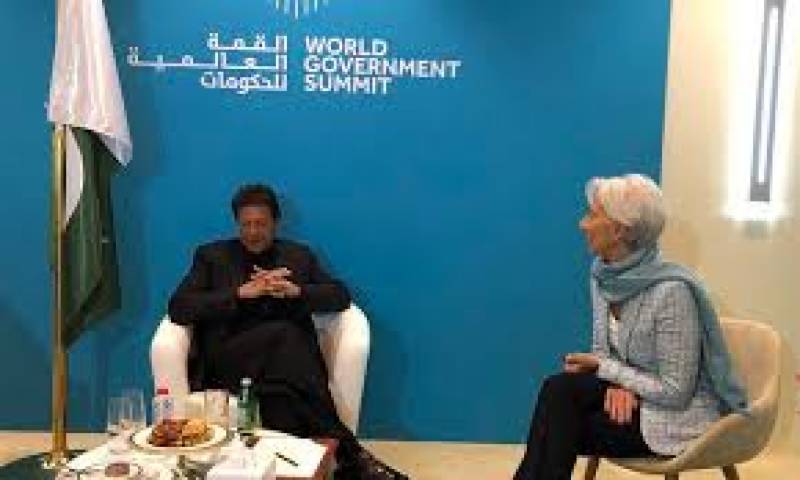 ISLAMABAD- The International Monetary Fund (IMF), in its recent report released on Tuesday, said that the current account surpluses and deficits narrowed modestly in 2019, and the outlook is highly uncertain for 2020 across the world.

“In 2019 the global current account balance (the absolute sum of all surpluses and deficits) declined by 0.2 percentage point of world GDP, to 2.9 percent of world GDP,” the report says adding the overall configuration of external positions in 2019 implied persistent vulnerabilities and remaining policy challenges on the eve of the pandemic.

The IMF’s multilateral approach suggests that about 40 percent of overall current account surpluses and deficits were excessive in 2019, only slightly less than in 2018.

According to the report, the latest IMF staff forecasts for 2020 imply a modest narrowing in current account surpluses and deficits by some 0.3 percent of world GDP, although subject to high uncertainty.

Still, for economies dependent on severely affected sectors, such as oil and tourism, or reliant on remittances, the impact of the crisis has been especially acute, with negative effects on external current account balances expected to exceed 2 percent of GDP that will likely require significant economic adjustment.

The deterioration in financial market sentiment early in the crisis triggered a sudden capital flow reversal and currency depreciations across numerous emerging market and developing economies.

Global reserve currencies appreciated, reflecting their safe haven role in times of financial stress. The subsequent improvement in risk sentiment, reflecting exceptional monetary and fiscal policy support, came with a stabilization in capital flows and some unwinding of the initial currency shifts, according to the report.

A second wave of the crisis, with a renewed tightening in global financial conditions, could narrow the scope for emerging market and developing economies to run current account deficits, further reduce the current account balances of commodity exporters, and deepen the decline in global trade.

In the near term, policy efforts should continue to focus on providing relief and promoting economic recovery.

To adjust to external shocks, such as the fall in commodity prices or tourism, countries with flexible exchange rates should allow them to adjust as needed, where feasible.

For economies experiencing disruptive balance of payments pressures and without access to private external financing, official financing would help to ensure that health care spending is not compromised.

Tariff and nontariff barriers to trade should be avoided, especially on medical equipment and supplies, and recent new restrictions on trade rolled back.

Over the medium term, economic and policy distortions that predated the crisis may persist or worsen, implying the need for reforms. Where excess current account deficits in 2019 partly reflected larger-thandesirable fiscal deficits and where such imbalances persist beyond the crisis, fiscal consolidation over the medium term would promote debt sustainability, reduce the current account gap, and facilitate raising international reserves.

Countries with lingering export competitiveness challenges would also benefit from productivity-raising reforms. In economies where excess current account surpluses that existed before the COVID-19 crisis persist after the crisis, prioritizing reforms that encourage investment and discourage excessive private saving are warranted.

In some cases, reforms to discourage excessive precautionary saving by expanding the social safety net may also be warranted, it adds.

As more data become available to assess the effects of the crisis, comprehensive and multilaterally consistent analysis will remain necessary to promote a shared understanding of the underlying distortions and reforms needed to continue to rebalance the global economy, the report concludes.