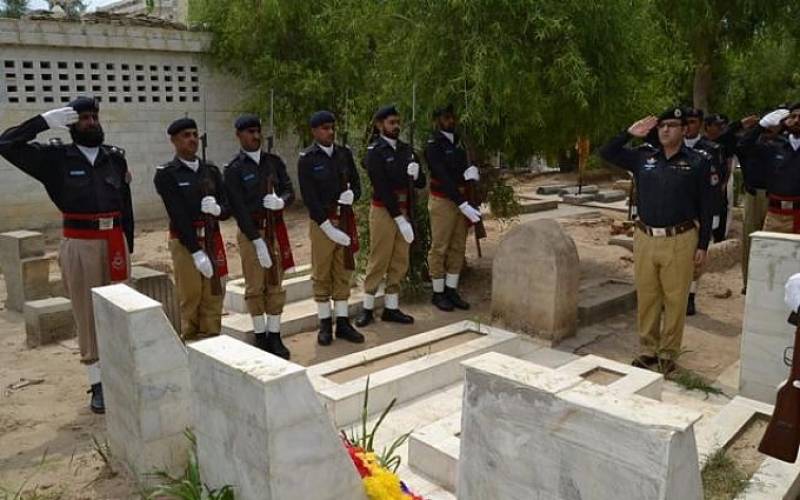 In his message on the occasion, Prime Minister Nawaz Sharif said fight against terrorism is our definite national resolve, which has enabled us to fight out the menace from our soil.

He extended his deepest reverences to the courageous contributions of the martyred police personnel.

The Prime Minister said our heroic Law Enforcement Agencies have rendered enormous sacrifices in the fight against terrorism.

He said the unforgettable sacrifices of forces have undoubtedly guaranteed a peaceful Pakistan for our future generations.

A function in connection with Martyrs Day was held in Peshawar on Thursday.

A collective prayer was offered for the departed police personnel.

Floral wreaths were also laid at the mazars of Shuhada.

A function in connection with the day was also held in Abbottabad police lines today.

In Muzaffarabad, in this connection, an impressive function was held at Police Line where Commissioner Muzaffarabad Chaudhry Imtiaz Ahmed and Deputy Inspector General Police Irfan Masood Kashfi were chief guest.

Speaking on the occasion, Commissioner Muzaffarabad Division Chaudhry Imtiaz Ahmed said that history of Azad Kashmir police is full of bravery and the sacrifices rendered by the department which would be remembered for long time.

A smartly contingent of Azad Kashmir police presented solute to the Martyrs Police of Police on this occasion.

Cash prizes were given to the families of police martyrs while national songs and anthems were played to acknowledge the matchless services of the slain policemen.

Later fateha was offered for the Shuhada-e-Police.