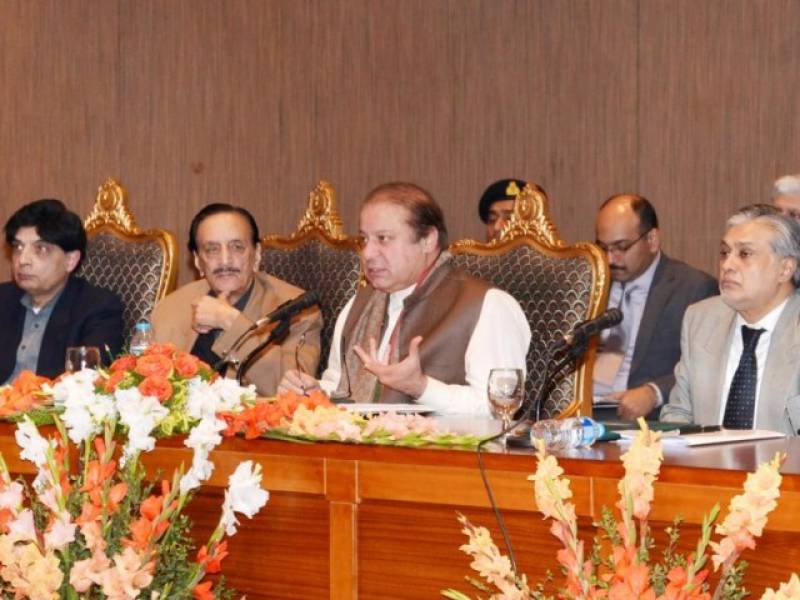 ISLAMABAD: Prime Minister Nawaz Sharif has expressed the resolve of the Government to work with new spirit in the next two years for the welfare of the people and development of the country.

Chairing the PML (N) Parliamentary Party meeting in Islamabad on Thursday, he said we have to speed up the work during remaining two years of Government's tenure.

The Prime Minister said record shows that PML(N) is doing the politics of development. He said along with present, we are also determined for a bright future of the country.

He said PML (N) has achieved a historic success in recently held AJK elections. Earlier, he said in Gilgit Baltistan and Local Bodies elections people had expressed confidence in PML(N) and its leadership.

He said people had also voted for the party in Cantonment Boards elections.

The Prime Minister said when we came into power in 2013, there were three major challenges before us - to eliminate terrorism, improve economy and overcome energy shortage.

He said as a result of prudent Government's policies, Pakistan has been emerged as one of the emerging economies which was acknowledged by the international financial institutions and rating agencies. He said foreign exchange reserves are record high. He said those who withdraw their investment in the past, are not coming to invest in Pakistan.