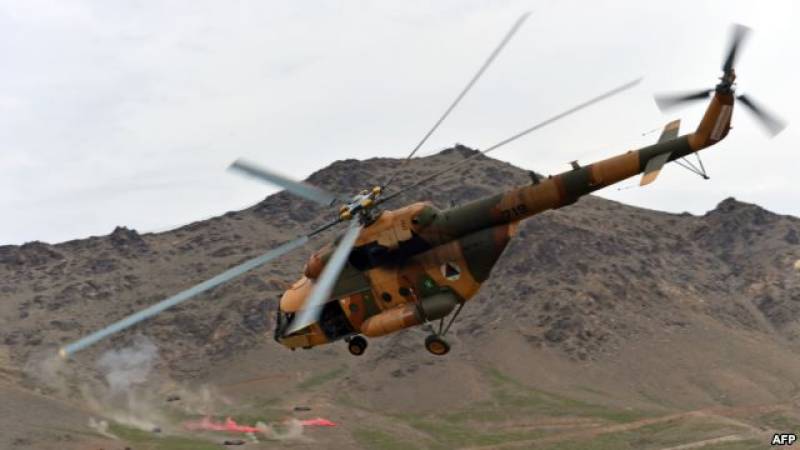 A helicopter owned by Punjab government on Thursday was heading towards Uzbekistan for repairing purposes but due to technical reasons, the helicopter crash-landed in Afghan territory near the area of Logar.

Seven people including the crew had been taken hostage by Taliban after which the helicopter was set ablaze. Sources revealed that six Pakistanis and one Russian national were taken hostage.

Additional Chief Secretary Shumail Ahmad Khawaja stated that the helicopter was sent for over hauling. Punjab government, in this regard approached federal government and further information had been gathered for investigation, he added.

According to the details, Helicopter flew at 8:45 a.m from Peshawar and was scheduled to reach Uzbekistan’s city Bukhara. Helicopter’s tail number was APBDGF. Foreign Office (FO) stated that Afghan authorities permitted the helicopter to fly through Afghan territory.