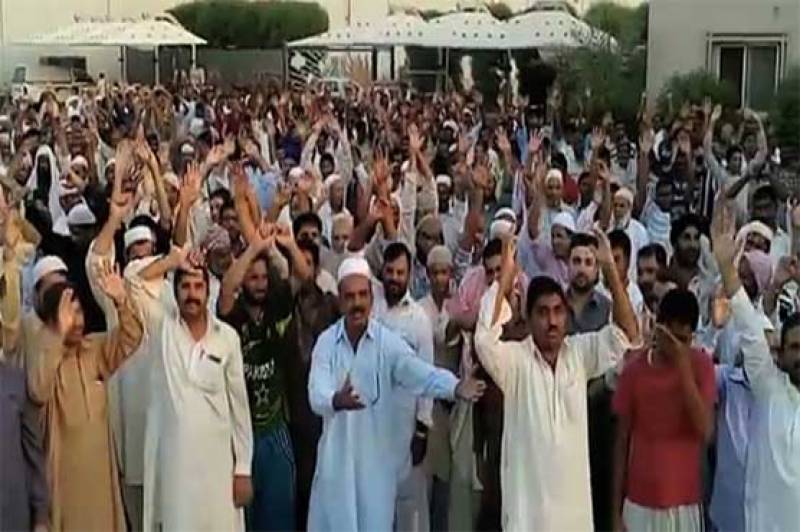 “We have started disbursing cash among the workers at three camps namely Siteen, Aljazeera and Taif having 300, 300, and 200 individuals respectively,” the Ambassador told APP here from Riyadh, Saudi Arabia over telephone.

Ambassador Manzoor ul Haq said the embassy was diligently working to ensure uninterrupted food supply to the Pakistani workers at 20 camps of the Saudi companies.

He mentioned that an arrangement of cooked food for 700 workers was also made on priority basis on Wednesday.

He said diplomatic efforts were in progress to pressurize the companies by the Saudi Arabian government to provide dues and arrears to the stranded Pakistanis.

The Ambassador said during his visit to the Song camp on Wednesday, where 800 Pakistanis are residing, he met the workers and enquired about their well-being.

He mentioned that the embassy’s Counsul General and Deputy Head of Mission also visited Jeddah and Damam camps hosting 1,000 and 1,300 workers respectively, to oversee the situation.

He said overwhelming majority of the workers were living without their families.

He said fforts were being made in line with the directives of Prime Minister Muhammad Nawaz Sharif to help the expatriate Pakistanis in Saudi Arabia.

It may be recalled here that some 8,000 Pakistani expatriates reportedly are in Saudi Arabia who have not been paid salaries for last seven months by their host companies.

Also, their work permits have not been renewed.