Indian Occupied Kashmir is under state of war by India: Mirwaiz
4 Aug, 2016 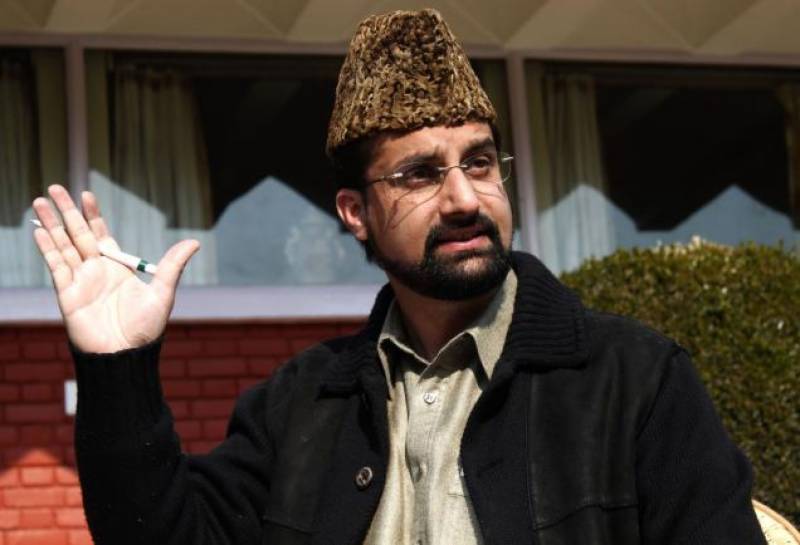 The people of Kashmir are demanding their basic right to self determination which Pakistan has always supported, he said talking to PTV.

He said Pakistan’s moral, diplomatic and international support is with Kashmiris, while it has also highlighted Kashmir issue at all international forum.

He said Kashmiris have rendered supreme sacrifices for freedom movement as about 60 Kashmiris were martyred in a fresh state of Indian terrorism in the territory.

Mirwaiz Umar Farooq said the people of Kashmir would continue their struggle till the logical conclusion. He strongly condemned Indian troops’ barbarian acts and police atrocities on innocent Kashmiris.

Indian authorities have deployed additional force besides imposing curfew in IHK to prevent people from participating in protest demonstrations, he added.