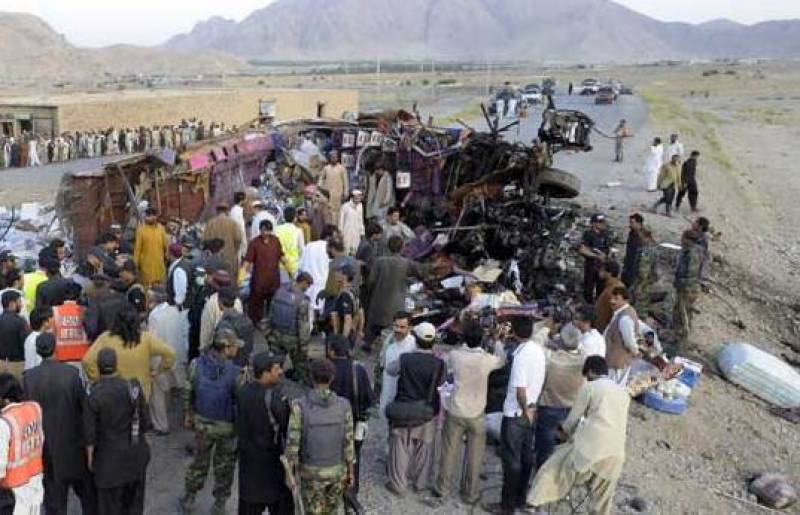 ISLAMABAD (APP): At least five people including three policemen were injured after a roadside bomb went off on Thursday morning.

According to police sources, a convoy of pilgrims was coming from Sukkur under strict security.

They were passing through an old bus terminal at Spiny road when a remote-controlled device went off.