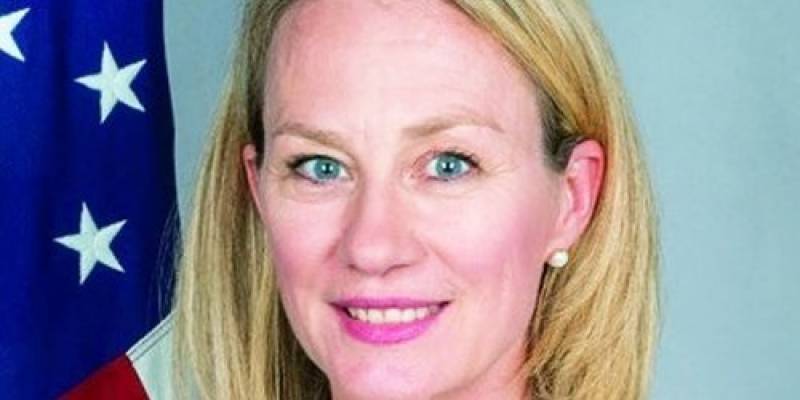 ISLAMABAD - *The US Department of State’s Senior Bureau Official for the Bureau of South and Central Asian Affairs Ambassador Alice Wells said during her visit to Pakistan this week that Pakistan could play a meaningful role in helping the United States achieve peace in Afghanistan. *

According to a statement issued by the US embassy in Islamabad, Wells met with officials and discussed the US’s South Asia strategy and Pakistan’s stated commitment to eliminate all terrorist groups present within its borders.

She also discussed the US’s “shared interest in building economic and commercial ties that benefit both nations,” the statement read.

On the recent Tashkent conference on Afghanistan, “Wells noted the growing international consensus on the way forward to achieving peace in Afghanistan and the meaningful role that Pakistan, partnering with the United States, could play in achieving a peaceful resolution in Afghanistan.”

Wells called on Chief of Army Staff General Qamar Javed Bajwa on Monday, in which General Bajwa reiterated Pakistan’s commitment for peace and stability in the region particularly in Afghanistan through a national approach.

“Pakistan also expects other players in the region to play an equally positive part,” the army chief was quoted as saying by ISPR.