Shahid Afridi hits back at disgruntled Gautam Gambhir over his tweet
4 Apr, 2018 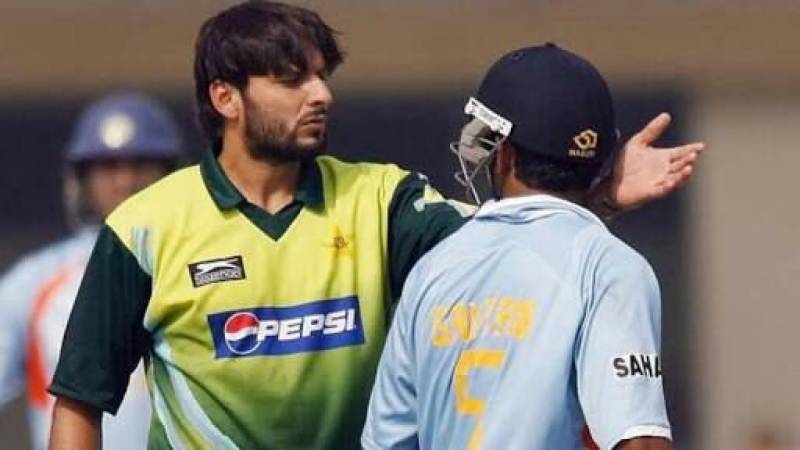 ISLAMABAD- The Kashmir conflict between India and Pakistan has now extended to a social media tiff between cricketers. The decades-long dispute often evokes strong reactions from Indians and Pakistanis and this time it was no different. Former Pakistani captain Shahid Afridi and ex-India opener Gautam Gambhir were seen having a Twitter exchange over their own version of Kashmir violence. Shahid Afridi, Gautam Gambhir at an India vs Pak match

It all started when Afridi tweeted on Tuesday saying: ‘the situation is appalling and worrisome in Indian-occupied Kashmir’.

Kashmir ownership has been a standing issue for more than 60 years and the two nations have fought two wars over it.

Afridi called India an “oppressive regime” and appealed to the UN to intervene in Indian-administered Kashmir which saw its worst day of violence in years at the weekend. According to reports at least 3 Indian soldiers and 13 suspected militants were killed in gun battles in the south of Srinagar. Four civilians died and more than 200 were injured in protests sparked by the clashes.

Responding to Gambhir’s tweet Afridi posted a photo with his Indian fans stating that everyone is entitled to respect but when it comes to human rights we expect the same for our innocent Kashmiris, he tweeted;