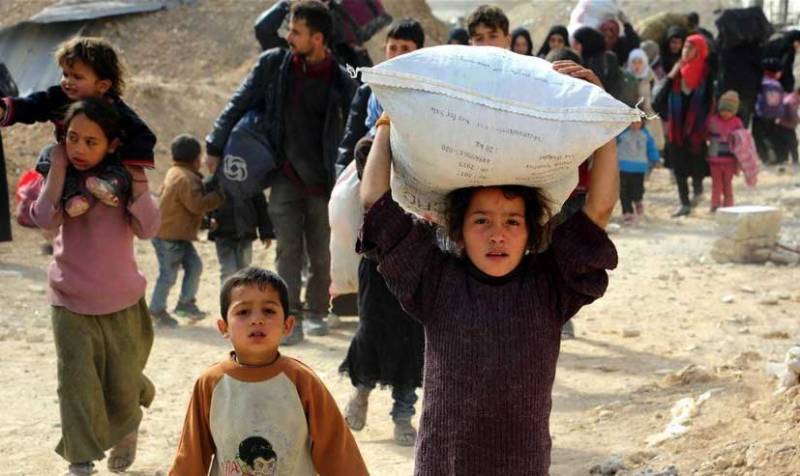 The Russian military says 1,100 Syrian rebels and their family members have evacuated from a stronghold in the Damascus suburbs in the past 24 hours.

The town of Douma was one of the earliest hubs of the uprising against President Bashar Assad in 2011 and home to the Army of Islam, the largest rebel group in the eastern Ghouta suburbs of the Syrian capital.

The Russian Defense Ministry said in a statement Tuesday that 24 buses in the past 24 hours have taken more than 1,100 rebels and their families to the rebel-held north of Syria. The evacuation began Monday.

The deal struck between the group and the Russian military marks the end of a weeks-long push by the Syrian government to consolidate its control of the suburbs. (AP)