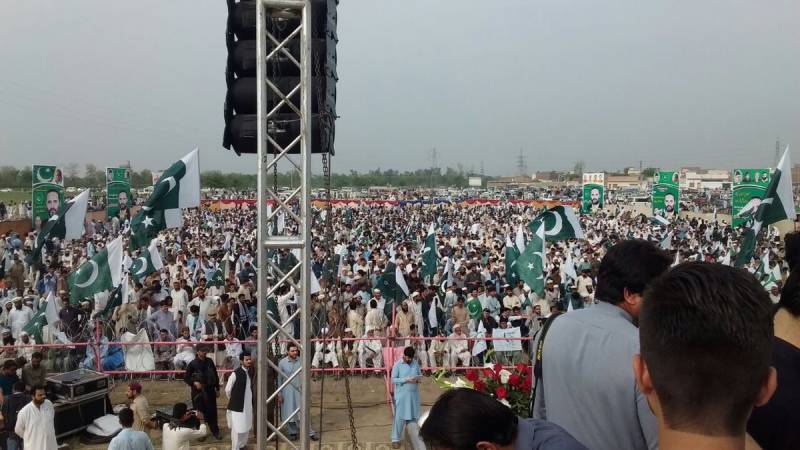 PESHAWAR: A rally was held in Peshawar on Tuesday to express solidarity with Pakistan army in the wake of mounting protests from Pashtun Tahafuz Movement (PTM), a social movement aimed at recovery of missing persons.

Former PTI MNA Ayesha Gulalai, members of provincial assembly and tribal chiefs from the federally-administered tribal areas (FATA) joined the rally which was attended by hundreds of people from across the province.

According to analysts, the move appears to be an attempt to counter the PTM which emerged as a leading voice for missing persons after the killing of Naqeebullah Mehsud in a “staged encounter” in Karachi in January this year. APP/AFP