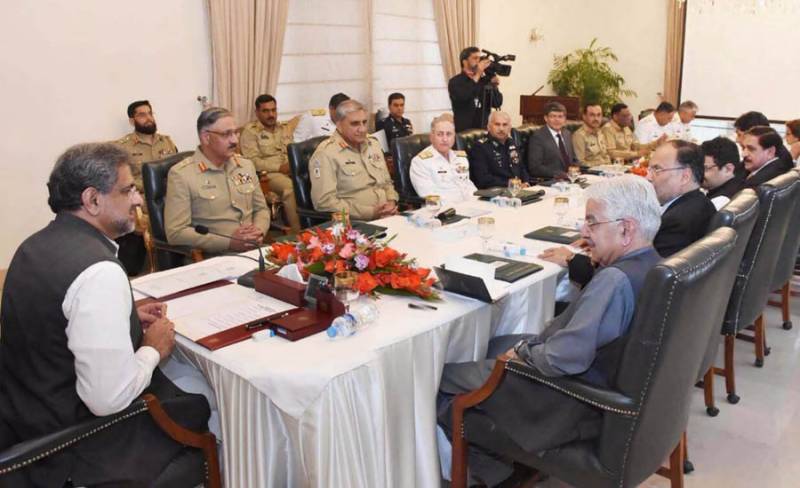 According to a press release, the committee denounced Indian aggression in Occupied Kashmir that martyred 20 innocent civilians and wounded hundreds of people gravely.

The committee observed that the inhumane and incessant use of pellet guns against innocent protesters and on funeral processions has blinded scores of Kashmiris and inflicted injuries.

The National Security Committee praised the extraordinary courage and resilience of Kashmiri people in the face of Indian brutalities, gross and systematic violations of all their human rights.

The committee observed that the purely indigenous character of this uprising has once again belied the false propaganda by the Indian government.

Members of the committee also expressed Pakistan’s commitment to political, diplomatic and moral support for the people in Indian Occupied Jammu and Kashmir in their just and legitimate struggle for their right to self-determination.

The NSC has decided to raise the issue of unprecedented Indian brutalities at both bilateral and multilateral platforms.