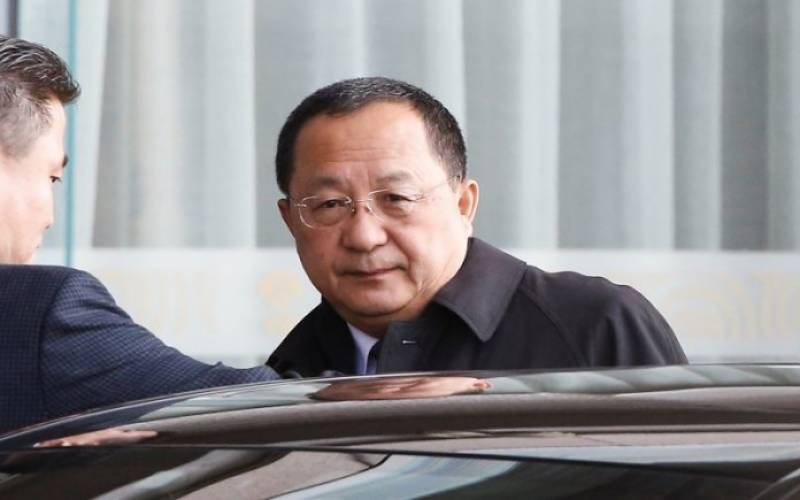 It posted a photo of Ri at Pyongyang international airport being seen off Tuesday by Russia's interim charge d'affaires, Alexander Minayev.

"The North Korean diplomatic chief set off on a foreign tour, part of which will be his visit to Moscow," the embassy said on Facebook, adding: "Bon voyage."

Ri arrived in Beijing for talks with his Chinese counterpart just a week after North Korean leader Kim Jong Un made a surprise trip to the Chinese capital where he met President Xi Jinping in his first visit abroad since inheriting power from his father in December 2011.

Ri will be the most senior North Korean official to visit Russia in recent years.

Pyongyang had close ties with Moscow during the Soviet era.

Kim was supposed to visit Russia in 2015 to attend celebrations for the 70th anniversary of the defeat of Nazis in World War II but eventually rejected the invitation.

His father Kim Jong Il visited Russia in his armoured train in 2011 shortly before his death.

The latest visit is part of a flurry of diplomacy that has eased regional tensions after months of bellicose rhetoric between the United States and North Korea over Pyongyang's nuclear programme.

Kim is due to hold a summit with South Korea's Moon Jae-in on April 27 and a landmark summit with US President Donald Trump is also planned. APP/AFP