Killings of Kashmiris in IOK could not suppress their voice for freedom: Masood
4 Apr, 2018 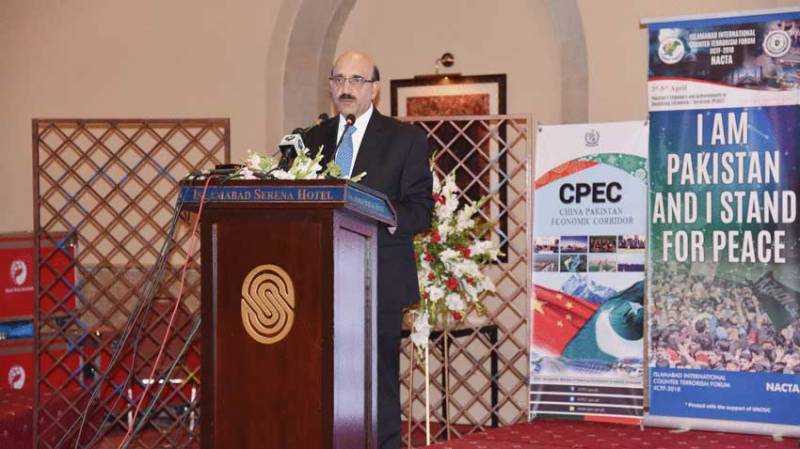 ISLAMABAD:AJK President Sardar Masood Khan says that the horrendous killings of Kashmiris in Occupied Kashmir by Indian forces could not suppress their voice for freedom.

Speaking at International Counter Terrorism Forum in Islamabad, he said India had introduced several draconian laws to suppress the voice of Kashmiris but it had miserably failed.

The AJK president said draconian laws empower Indian forces to employ all sort of brutal means to crush the Kashmiris. The freedom is the legitimate right of Kashmiri people and Indian atrocities could not deprive them of that right.

He said India is violating international human rights in Jammu and Kashmir. APP/AFP