How terrorism is threatening Islam in Europe?
4 Apr, 2018 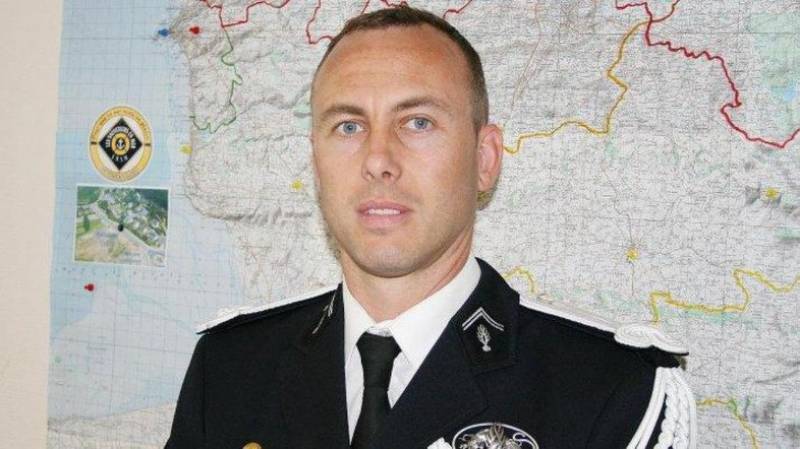 PARIS - France has commemorated a hero from its security forces, Arnaud Beltrame, who died at the hands of a 25-year-old Moroccan criminal while trying to save hostages lives at the recent supermarket siege.

Radouane Lakdim first hijacked a car, after injuring the driver and killing a passenger, then entered a supermarket in the town of Trebes near Carcassonne and killed 4 people and injured 15 others. According to eyewitnesses, he committed this crime while screaming God is Greatest and pledging his allegiance to ISIS.

This terrorist was wanted by French security forces, but was never taken into custody because they thought he was not capable of carrying out a terrorist attack.

Terrorists who perpetrate crimes in the name of Islam and who use Quranic verses to murder innocent people in the cities of Europe — in Paris, Nice, Marseille, Carcassonne – are often of Moroccan origin. They frequently reside in the outskirts of major European capitals and pose the biggest threat on moderate Muslims in Europe who contribute to building a developed, secular European society.

In such localities, the environment for criminal activities and extremism flourishes. The security situation in the suburbs has become the prime focus for French governments since the country started witnessing major terrorist attacks. This problem did not just start with the coming of ISIS, but has existed since the mid-nineties when the Paris metro terrorist attacks happened and the Syrian war didn’t exist.

The problem worsened as ISIS recruited unemployed youth who claim that they are Muslims and who live in democratic countries that respect human rights thus allowing them to benefit from freedoms that they cannot enjoy in their homelands. These terrorists do not know the meaning of religion or Islam or human rights and they are the greatest enemies of Islam.

French Muslims must strongly denounce these crimes and should ensure the security of their localities, particularly if they live in the suburbs. They must collaborate with local security officials in pursuing young men and women who intend to kill innocent people in the name of Islam.

After the killings in Carcassonne, one expected the Islamic world to raise its voice of condemnation loudly against such a hideous crime and blind action. The death of Beltrame, the hero that France and President Macron commemorated, should have drawn the Council of Arab Ambassadors and the entire Muslim world at this critical moment to convey their condolences to the French on behalf of the Muslim people.

Lieutenant Colonel Beltrame, the late hero, died because he wanted to save the cashier of the supermarket where she was held hostage by the criminal Lakdim. He negotiated to put himself in her place only to later be killed by the terrorist with a knife. Beltrame spent three and a half hours in the store with his killer, according to the prosecutor’s statement. According to his mother, this heroic soldier used to say that his country was more important than anything else, and he ended up dying to protect the people of his country.

The doctrine of terrorists among the Moroccan migrants in Europe exploits Islam, but is completely bereft of Islam’s teachings thus turning Islam into a monster in the eyes of sophisticated Western societies which now look at the religion with caution and vigilance. Muslims and Muslim countries should make immense efforts to show moderation and denounce extremism in all its forms. - Al Arabiya

____________ By: Randa Takieddine is a Lebanese writer and the director of Al-Hayat newspaper office in Paris.