Government should comply by the orders of the court: DG ISPR
4 Apr, 2018 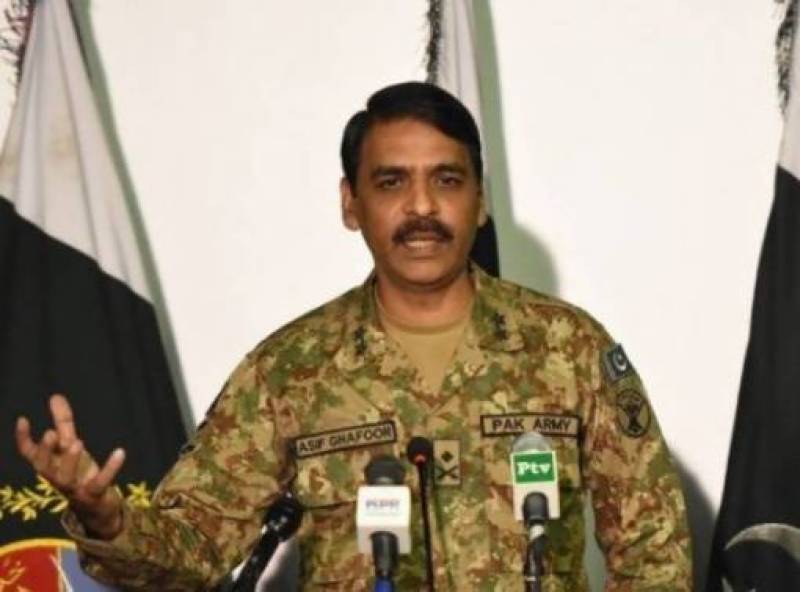 RAWALPINDI : Director General of Inter-Services Public Relations (ISPR) Maj Gen Asif Ghafoor on Wednesday said that the government should comply by the orders of the court and if it directs to arrest Khadim Rizvi it should be implemented.

In an interview, he maintained that every Pakistani wants timely elections. DG ISPR told that Bajwa doctrine is about only to security.

He negated that army chief gave any statement regarding 18th amendment. “Census was held by the present government. Delimitations were carried out by Election Commission and army has no role in it,” added DG ISPR.

Responding to a question, Asif Ghafoor said that army camps were formed in Swat on the demands of the public while human rights violations were happening there in 2008. “Peace has been restored in the area. Army only arrests suspicious persons and after thorough interrogation. If someone is not found guilty he is released,” he remarked.

“Prominent decrease in terror activities in Balochistan has occurred. Situation has improved a lot in Balochistan as the security agencies are playing an effective role in restoration of peace in the province. There is no existence of Daesh in Pakistan,” he asserted.

DG ISPR pronounced that forming a law or any making any amendment rests with the parliament.

Commenting on Kashmir atrocities, he stressed that independence movement in the valley is not terrorism. Asif Ghafoor urged the international community to take notice of Indian army’s brutalities urging that Kashmiris should receive their right to self determination.