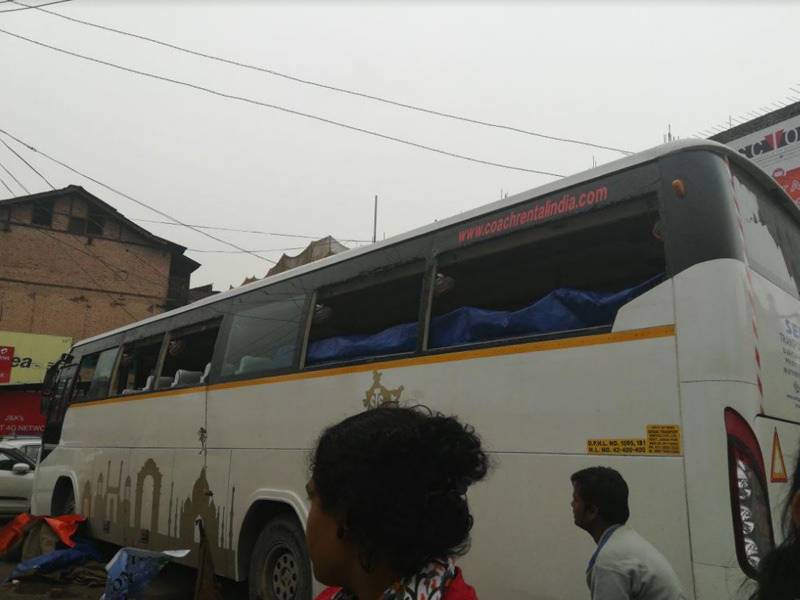 SRINAGAR: The Occupied Jammu and Kashmir police on Tuesday denied a TOI report that tourists <link> had been attacked by stone pelters on Sunday, but acknowledged that “two tourists got minor injuries on April 1 ... because the vehicles came in the middle of an area where pelting was going on”, Times of India has reported.

Awantipora <link> superintendent of police Zahid Ahmad also confirmed to TOI that a vehicle in which tourists were travelling was attacked by stone-pelters, but said the incident took place near Khanabal in Anantnag, not in Awantipora police district.

Another tourist bus (no. UP17AT505) of Sehgal Tours, carrying 42 tourists from Mandya district, Karnataka, was attacked by stone-pelters in Kangan on Tuesday. Driver Ramesh told TOI the bus was on its way from Sonmarg to Srinagar. Two tourists suffered injuries from the shards of the glass windows that were smashed by stone-pelters.

On Tuesday, TOI had published a report, "Stone pelters attack tourists in J&K, 4 hurt <link>". Responding to the report, the police issued a statement, saying that no incident of stone pelting took place near Dal Lake and Awantipora areas on Sunday. "Police investigations have also shown that no injuries to anybody were reported from the area...two tourists got minor injuries on April 1.

They were given first aid and discharged immediately. There has been no intended or designed attack on any tourist. It was because the vehicles came in the middle of an area where pelting was going on,” the police said.