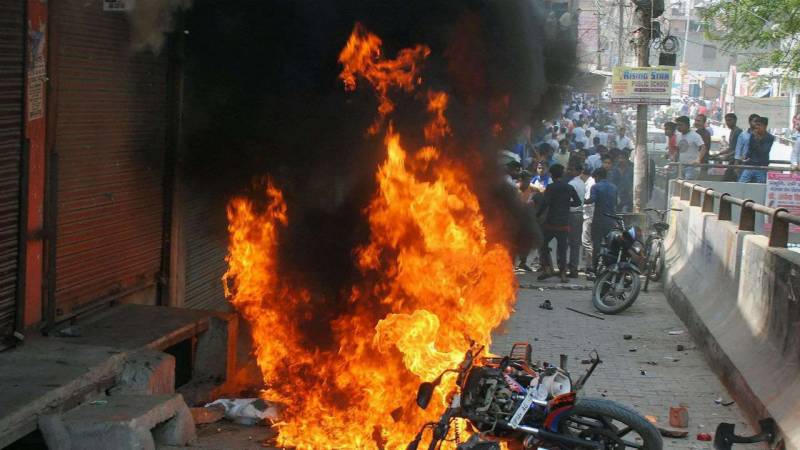 NEW DELHI - A series of violent protests on Monday across North India – in which at least nine people were killed, vehicles and commercial establishments were damaged, and life virtually came to a standstill – reiterates a caste and class struggle that’s as old as independent India, if not older, writes DNA.

It shows the failure of the State to address deep-seated angst and betrayal that have roots in a millennia-old reality of upper-caste oppression of the Dalits. The mayhem – deserving of condemnation in the strongest possible terms – is a desperate attempt to call attention to the fears triggered by the dilution of the of provisions of the SC/ST (Prevention of Atrocities) Act by the Supreme Court.

It’s evident that the Dalit groups, which took part in the Bharat bandh, didn’t consider nonviolent means as an empowering weapon to call for governmental action in response to the SC judgement.

By creating a law-and-order situation, they sent a strong message to the Centre that no compromise on their hard-earned rights will be tolerated. But, was this unprecedented show of destructiveness necessary when some of the biggest battles in history were won through peaceful demonstrations – the sheer scale of people’s participation prompting revolutionary change?

The impatience fuelling Monday’s protests should have been reined in by demonstrators as the government had promised to file a judicial review. Even if one expresses solidarity with the concerns of the Dalits, one cannot deny that taking legal recourse to a perceived injustice is far more effective than vandalism.

Other than lives being snuffed out, the loss to the people and the government runs into crores of rupees. How will citizens, who suffered on account of the agitation, be compensated? Where is justice in making the innocent suffer? On the other hand, the way the Congress has politicised the issue and tried to gain mileage show cynical manipulation of people’s sentiments.

Congress President Rahul Gandhi – whose criticisms have served to inflame passions further – has conveniently forgotten that his party’s long rule at the Centre and in the states was marked by an endless list of caste atrocities.

The history of neglect against which Dalits have risen has unfolded alongside the Congress’s criminal indifference to the plight of the marginal.

The Narendra Modi government seem to be losing the battle of perceptions at a crucial juncture with barely a year away from the 2019 general elections and a few months from assembly elections in Madhya Pradesh and Rajasthan – the two states, which have been rocked by the upheaval.

It shouldn’t have wasted precious time in appealing to a higher judicial authority against the SC judgement. The delay not only gave rise to suspicion of the government’s intent, but also offered opportunities to the leaders of the agitators to plan and coordinate to cover a region extending from Bihar to Maharashtra. It’s a precursor to more widespread violence. - DNA