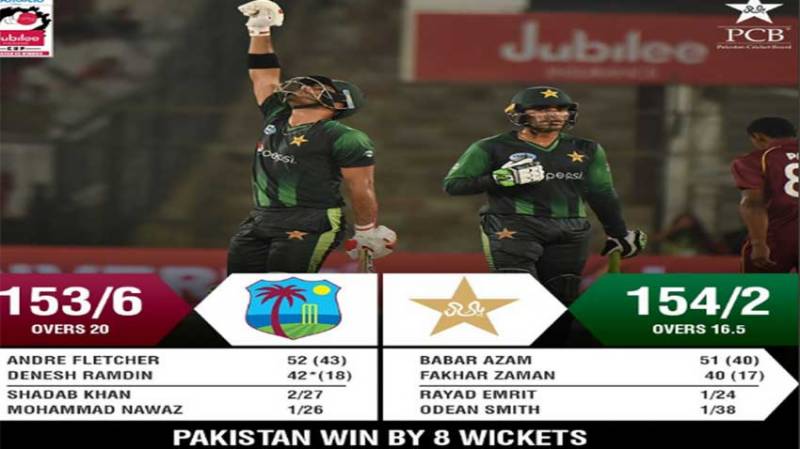 ISLAMABAD:Pakistan beat West Indies by 8 wickets in the 3rd and final T-20 cricket match at National Stadium in Karachi winning the series by 3-nil.

Pakistan achieved the target in 16.5 overs for the loss of two wickets.

Fakhar Zaman was declared man of the match while Babar Azam announced as man of the series.