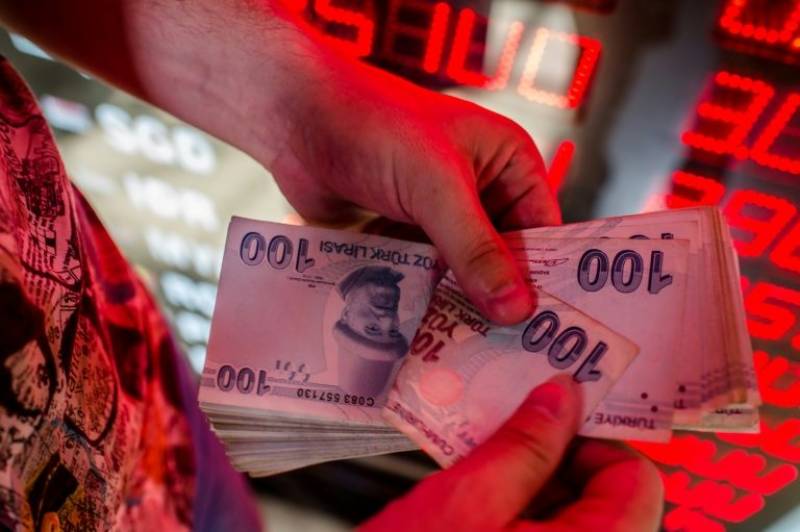 ANKARA: Turkey reported its highest inflation rate in 15 years Monday fuelled by a spectacular drop in the Turkish lira, as analysts predicted that worse is probably to come.

Consumer prices rose 17.9 per cent in August from the same month in the previous year — their highest increase since late 2003 — up from 15.85 per cent in July, according to the Turkish statistics office (TUIK), increasing pressure on the central bank to hike interest rates.

The figure was higher than the Bloomberg consensus forecast of 17.6 per cent.

The lira was worth 6.6 against the US dollar, a loss of nearly 1.5 per cent on the day after 0930 GMT, rallying slightly after the central bank’s indication that it would act at the next monetary policy committee meeting on September 13.

The highest annual rise in the month was in the cost of transport, up 27.13 per cent, while prices for food and non-alcoholic drinks were up 19.75 per cent, TUIK said in a statement.

Last month the Turkish lira was sent into a tailspin by a bitter diplomatic spat with the United States over Turkey’s detention of an American pastor for almost two years on terror-related charges.

At one point the lira weakened to more than 7 against the greenback before it rallied, although the currency’s loss against the dollar in the last month alone still stands at over 25 per cent.

As tensions between the NATO allies remain high, Turkish President Recep Tayyip Erdogan on Sunday vowed that Ankara would pursue non-dollar transactions in trade with Russia and other countries, and accused the US of behaving like "wild wolves". ‘Effects of weaker lira’

But Deniz Cicek, economist at Istanbul-based QNB Finansbank, cautioned that the full effect of the "substantial" currency depreciation had not yet been seen.

"As a result, even without additional depreciation, we see the headline inflation to exceed 20 per cent in the upcoming months," Cicek said in a note.

Turkish Treasury and Finance Minister Berat Albayrak, who is Erdogan’s son-in-law, said last week 2019 would be a "very strong" year in Turkey’s fight against inflation as he sought to reassure investors that Ankara was aware of the issues troubling its economy.

Albayrak was due to meet with British finance minister Philip Hammond on Monday, after his meeting in Paris last week with French counterpart Bruno Le Maire. Central bank promises

Markets have been hoping for a significant rate rise to calm the currency crisis but economists fear that Erdogan is pressuring the nominally independent central bank not to raise rates in order to maintain growth.

Erdogan previously called rates the "mother and father of all evil" and argued higher rates lead to higher inflation, flying in the face of economic orthodoxy.

After Monday’s data release, the bank sought to reassure the markets that it will take the "necessary actions to support price stability" in September after recent developments suggested "significant risks to price stability".

"Monetary stance will be adjusted at the September monetary policy committee meeting in view of the latest developments," the bank said in a statement.

But Tuvey of Capital Economics said in a note that the rate hike would likely be around 200 basis points, lower than the 700 to 1000 bps that the markets want to see. - APP/AFP