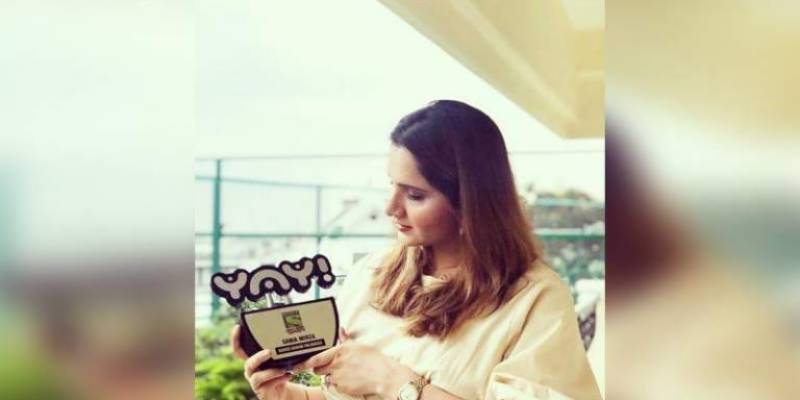 LAHORE – The Indian tennis star Sania Mirza has been honored with a ‘Heroes Behind The Heroes’ award by Sony Yay for the services she has rendered towards the sports fraternity.

Sania took to social media to share the ecstatic news with her followers.

So honored and humbled to win this award .. giving back through tennis is something that I could only dream of and I feel so blessed to make a small difference.. so thank you Sony yay! for the recognition .. inspires me to do more ❤️ @sonyyay @think_ink_communications,” her post reads.

Sania Mirza, an Indian tennis star, has won a number of awards and accolades for her achievements in tennis in the past is expecting her first child with Pakistani cricketer Shoaib Malik.

Mirza has had an outstanding 2015, a year in which she became No.1 doubles players and also won the Wimbledon women’s doubles title.