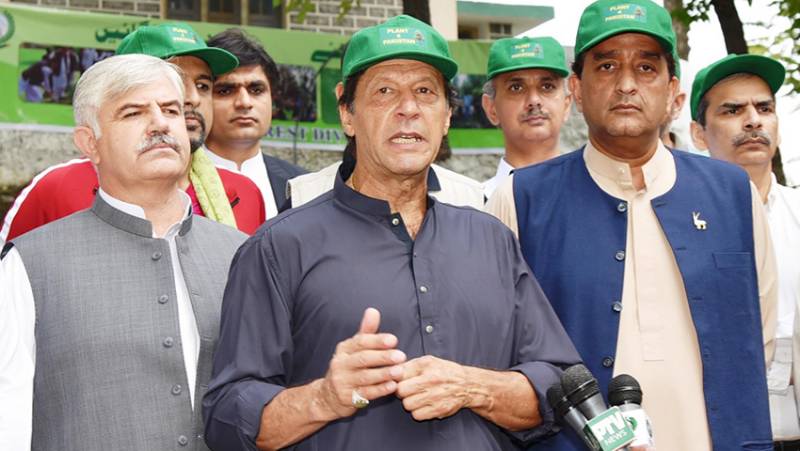 Talking to media after formal inauguration of the campaign, he said tree plantation is imperative for Pakistan to meet challenges of global warming.

Imran Khan said Pakistan is one of the seven most affected countries by global warming and prime objective of this drive is to make the country green and counter negative impact of global warming. He said about 200 points have been established across Pakistan for provision of tree saplings during the first phase of the drive which is being launched in 18 major cities of the country.

The Prime Minister said the campaign will continue till plantation of 10 billion trees across the country in five years.

He said pollution is also a big challenge for us and trees also clean the air and provide oxygen and absorbs the carbon dioxide. He said the government plans to include plantation and cleanliness in school curriculum.

Meawhile,in a tweet message,Prime Minister has urged the nation to participate the green pakistan drive to make Pakstani a green country.

Imran Khan said we launched our tree plantation drive "Plant for Pakistan" across the country and the nation should join this drive so we can counter twin threats of climate change and pollution confronting our future generations.

1.5 million trees are being planted under "Plant for Pakistan" campaign in major cities all over the country.