Kohli led India under fire over surrender before England in disgraceful defeat
3 Sep, 2018 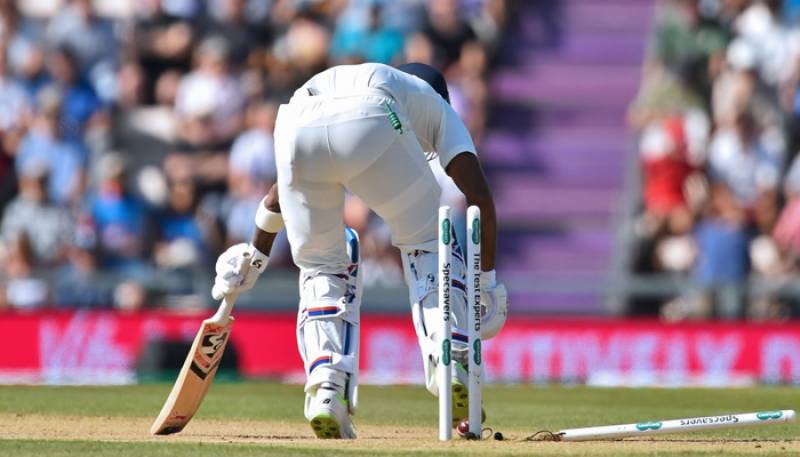 NEW DELHI: Decrying a "meek surrender" and "heartbreak" defeat, Indian newspapers said on Monday that Virat Kohli’s world number one Test side had only themselves to blame for their series defeat in England.

"The cherished dream of staging one of the greatest comebacks in modern cricket history could so easily have been fulfilled but some spineless batting saw Kohli’s men crashing to another series loss away from home," the mass-circulation Times of India wrote.

Mail Today bemoaned India’s "meek surrender" and the Times of India said it was a heartbreak that will not be easy to deal with.

Kohli’s side needed 245 to win the fourth Test in Southampton but they were bundled out for 184 after tea Sunday, giving the hosts a 3-1 lead with one match left to play.

India faltered with the bat in both the innings against England, triggering questions about their temperament and technique.

The Indian Express headlined its story: "Almost, but not good enough" and said the loss should both hurt and teach.

"They have a band of men that comes close but falters, can’t cross over," the English-language daily said.

The papers concurred with Kohli that challenging rivals is not enough and that India must find ways to win close matches.

The Hindustan Times said the bowlers had given momentum to India’s push for overseas success but the "batsmen haven’t stood up, leaving far too much to the class and consistency of skipper Virat Kohli".

Kohli has been the leading batsman in the five-Test series with his tally of 544 runs at an average of 68, including two hundreds. - APP/AFP