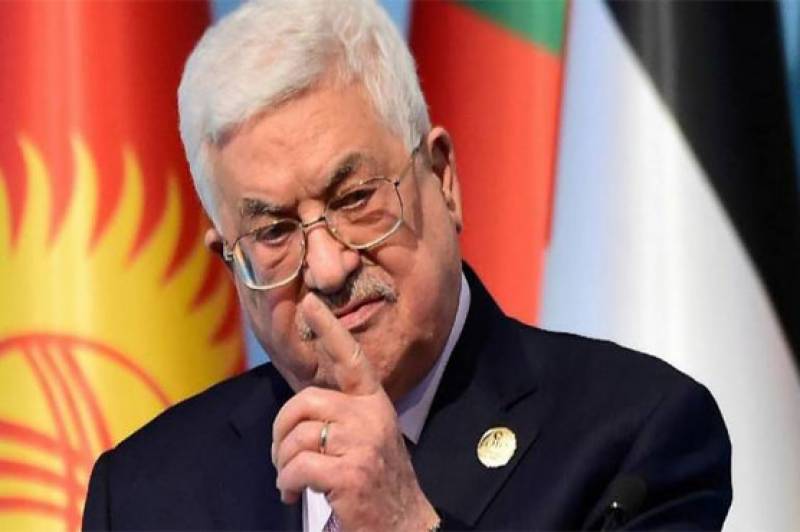 JERUSALEM - US officials working on a Middle East peace plan have asked Palestinian president Mahmud Abbas about forming a confederation with Jordan, Abbas told activists Sunday, according to one of them.

Abbas recounted the conversation he had with White House aides Jared Kushner and Jason Greenblatt during a meeting with Israeli peace activists in Ramallah, said Hagit Ofran of the Peace Now NGO, who attended.

According to Ofran, Abbas said he told the US officials he would only be interested if Israel was also part of such a confederation.

It was not clear when the conversation took place, though Abbas has declined to meet with the White House since US President Donald Trump s recognition of Jerusalem as Israel s capital in December.

Abbas s office confirmed Sunday s meeting with the peace activists, but not the comments on the confederation.

A Palestinian-Jordan confederation has been favoured by some on the Israeli right as a way to avoid granting full state status to the Palestinians for now.

In such an arrangement, Israel could also avoid taking responsibility for the some 3.5 million Palestinians in the occupied West Bank.

Abbas s response was essentially a way of torpedoing the proposal since Israel would likely not agree to join such an arrangement, Ofran told AFP.

"He did say that Kushner and Greenblatt came to him and asked would you agree to a confederation with Jordan ," Ofran said, stressing she was paraphrasing his remarks.

"And he said, I will agree to a confederation with Jordan and with Israel only. "

In addition to the Jerusalem recognition, Washington last week announced it was ending funding for the UN agency for Palestinian refugees.

The previous week, it announced it was cancelling more than $200 million in bilateral aid to the Palestinians.

Trump has pledged to unveil a plan for Israeli-Palestinian peace, saying he wanted to reach the "ultimate deal".

His son-in-law Kushner has been among those working on the plan.

She said Abbas told the meeting that he would not push for a solution for refugees that would "destroy Israel," but for a compromise that could be agreed upon.

More than 750,000 Palestinians fled or were expelled during the 1948 war surrounding Israel s creation.

They and their descendants are now classified as refugees and Palestinian leaders continue to call for at least some of them to be allowed to return to their former homes now inside Israel.

Israel says Palestinians must give up the so-called right of return. - APP/AFP