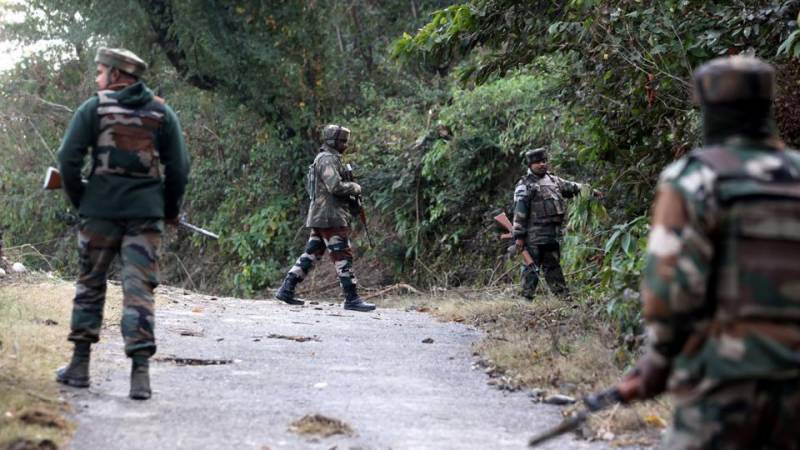 According to Kashmir Media Service, Indian troops associated with 55 Rashtriya Rifles, Central Reserve Police Force (CRPF) and Special Operations Group (SOG) personnel launched cordon and search operation in as many as 15 villages including Below, Murran, Rohmu, Gusoo, Fresipora, Mitrigam, Chek, Mirgund, Sheikhpora, Hanjan and Kamrazipura of the district. The local said the door-to-door searches were going on till filing of this report.

On the other hand, Indian forces arrested top freedom activist Riyaz Naikoo’s cousin, Sheeraz Ahmad Naikoo, from his residence in Beighpora area of Awantipore on Thursday. He is in Indian army’s custody since then. Sheeraz was also detained last year but was released later. He runs a hardware store at Sangam in Awantipora.

Naikoo’s father, Assadullah, who has been detained by police about 100 times since 2012, was released on Thursday.

Meanwhile, a 65-year-old Tehreek-e-Hurriyat leader, Muhammad Ramzan Sheikh has been detained under black law, Public Safety Act and was shifted to Kotbhalwal jail in Jammu.

Muhammad Ramzan Sheikh, a resident of Qaimoh in Kulgam district in southern Kashmir was released last month after serving two years in illegal detention under the draconian Public Safety Act. He was arrested at the peak of mass uprising in 2016.