FazlRehman likely to withdraw in favour of PPP presidential candidate, but on one condition: Sources
3 Sep, 2018 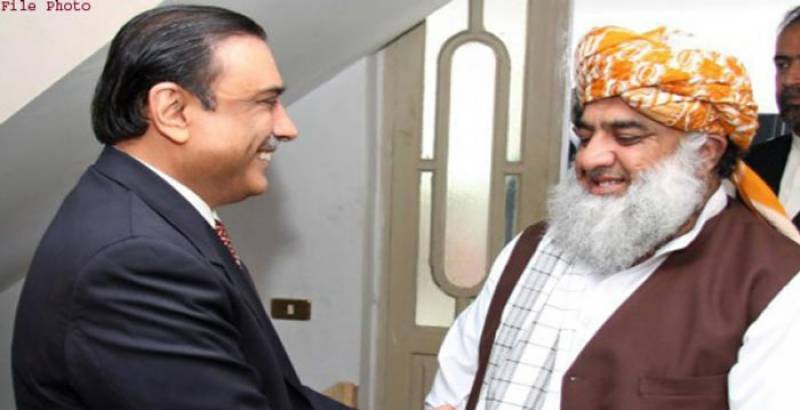 He met with PPP Chairman Asif Ali Zardari today and asked for support over Presidential elections.

However h has agreed upon withdrawal in favour of Pakistan Peoples’ Party leader Aitzaz Ahsan — his opponent in the presidential elections— sources informed on Monday.

In the meeting held between Maulana Fazl and PPP leaders, the upcoming presidential elections and contemporary political situation of the country were discussed.

Sources said that Fazl said to Zardari that if the PPP leadership convinces Shehbaz Sharif then he is ready to withdraw from the presidential race.

The PPP senior leadership left to meet with PML-N leaders, sources said, adding that if the PML-N President Shehbaz is in Islamabad then the party delegation will meet him at the capital.

Preparations have been completed for the presidential elections on September 4.

Polling stations were set up in all four provincial assemblies in addition to the National Assembly, sources within the ECP had said.

The ballot papers and other related equipment have also been shifted to the polling stations.