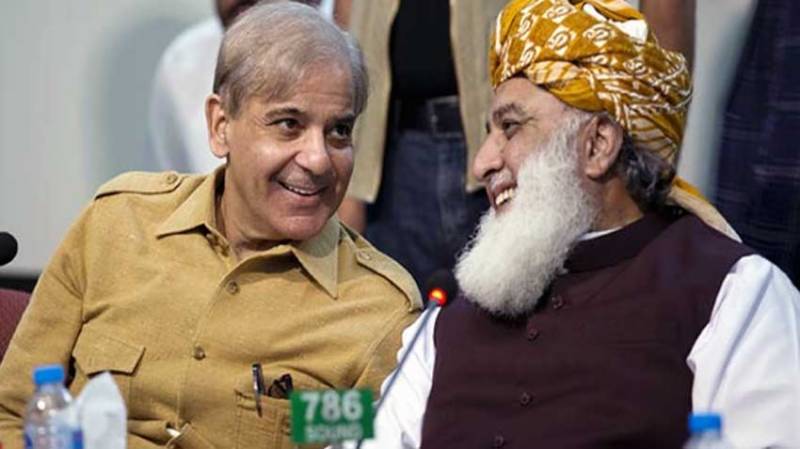 During the meeting, the two leaders discussed strategy regarding the upcoming presidential election.

Later talking to newsmen, Maulana Fazl-ur-Rehman said efforts are being made to bring the opposition on same page.

Speaking on this occasion, PML-N leader Khawaja Saad Rafique said all political parties except PPP will cast their vote to Maulana Fazl-ur-Rehman in upcoming Presidential elections.

He said the current political situation of the country should be a matter of concern for Co-Chairman PPP Asif Ali Zardari and Chaudhry Aitzaz Ahsan.