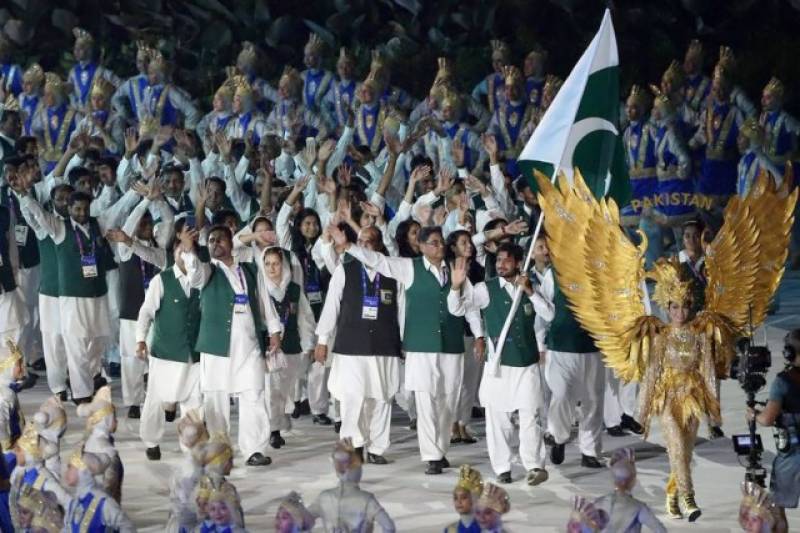 *ISLAMABAD - The Asian Games 2018 in the Indonesian capital of Jakarta came to an end on Sunday and the Pakistani contingent put on a below-par performance in the multi-nation event.*

Forty-five nations took part in this year’s edition, out of which 35 countries secured their place on the medals table. Pakistan stood at No 35 on the list with four bronze medals to its name.

The Pakistan Olympic Association (POA) chief announced that a contingent of 245 athletes would participate in the games.

The Kabaddi team, which was expected to clash against India in the final, shockingly lost to South Korea in the semi-final, thus winning a bronze medal.

Arshad Nadeem won a bronze medal for Pakistan in the javelin event while Nargis Hameedullah took the bronze in karate.

The fourth medal for Pakistan came in squash after they lost their semi-final to Malaysia in straight sets.

The football team did not perform well and could only manage a single victory in the group stage. They only beat Nepal.

Pakistan’s hockey team enjoyed a good run in the event but lost to Japan in the semi-final before losing to India in the bronze medal game.

Pakistan’s preparation for the games was marred by controversy. The field hockey team had threatened to boycott the games if they were not paid their allowance.