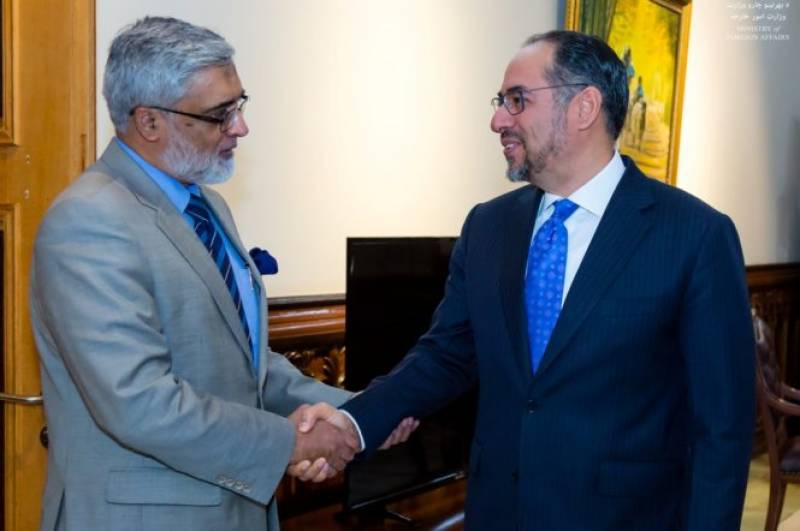 KABUL - The Afghan foreign minister Salahuddin Rabbani met with the Ambassador of Pakistan in Kabul to discuss the issues of bilateral interest, including the recent developments in Jalalabad city which resulted into the closure of the Pakistani consulate, Khaama Press has reported.

The Ministry of Foreign Affairs said Mr. Rabbani congratulated the Pakistani Ambassador Zahid Nasrullah Khan for the successful conclusion of the parliamentary elections in Pakistan.

Rabbani further added that Islamabad’s support from an Afghan-led peace process could have positive impact on the bilateral relations between the two countries.

In his turn, the Pakistani Ambassador Zahid Nasrullah Khan said the government of Pakistan supports the Afghan government’s stance regarding the Moscow summit.

According to the Ministry of Foreign Affairs, Mr. Rabbani also discussed the issues surrounding the closure of the Pakistani consulate in Jalalabad city and emphasized on immediate steps to resolve the issue.

Pakistan on Saturday announced the country’s consulate in Jalalabad city has been closed, accusing the Nangarhar governor for interfering in the works of the consulate.