Pakistan PM Imran Khan was a man on a mission at the United Nations: US Media
3 Oct, 2019 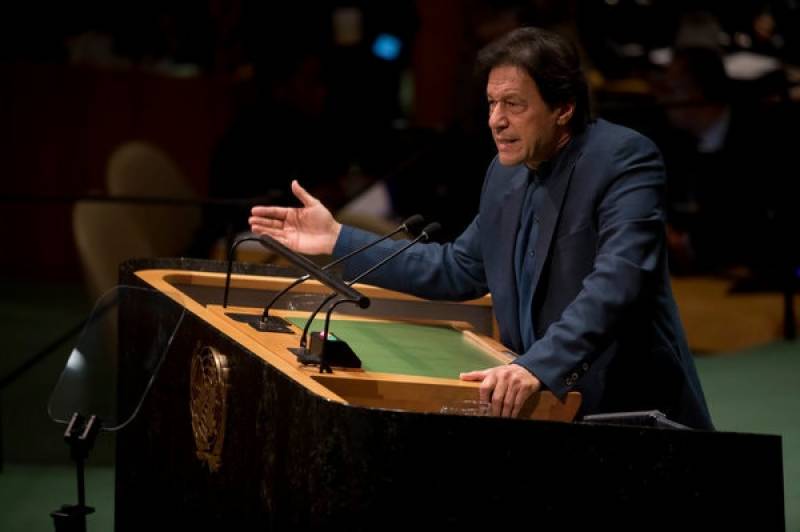 Pakistan’s prime minister, Imran Khan, was a man on a mission at the United Nations, imploring members last week to persuade India to lift its siege of Kashmir, a longtime flash point between the two nations, which both have nuclear weapons.

He warned in a speech before the General Assembly on Friday, could result in war between the neighbors if Kashmiris push back against the suffocating presence of thousands of Indian troops.

Since Narendra Modi, the Hindu nationalist prime minister of India, revoked the semiautonomous status of the Muslim-majority state on Aug. 5, his government has imposed a curfew and detained nearly 4,000 people link, including lawyers link and journalists link. There have been serious allegations of torture and beatings link. India cut phone and internet service, leaving millions of people isolated.

While Mr. Modi didn’t address the issue in his United Nations speech link, at a rally in Houston link a few days earlier he said that revoking the constitutional clause on Kashmiri autonomy meant “people there have got equal rights” with other Indians now. That’s an absurd assertion to make about a state in the world’s largest democracy that’s essentially under martial law.

“If the U.N. doesn’t speak about it,” Mr. Khan told The Times editorial board link the day before his speech, “who is going to speak about it?”

He may need to keep looking. Resting any hopes on the United Nations seems futile, given the approach it has taken to the dispute in recent decades.

At one time, the United Nations made an effort to play peacekeeper in Kashmir. The Security Council tried to mediate tensions between India and Pakistan within months of their independence and partition in 1947.

While the United Nations still has an observer group link to report on cease-fire violations in Kashmir, it has stepped back since the 1970s, when, after the two nations went to war, they agreed to take care of future differences through bilateral negotiations.

Pressure from India — which has long resisted outside intervention in Kashmir — helped keep Kashmir off the Security Council’s agenda until August, when China backed Pakistan‘s request for a discussion link of Mr. Modi’s power grab. The session, held out of view of the media and public, accomplished little, though. The council couldn’t even agree afterward on a common message.

The United Nations’ lack of resolve is a sad sign of the dysfunction in international diplomacy as American leadership declines and divisions among world powers grow. President Trump has offered to mediate, but his warm relations with the increasingly autocratic Mr. Modi — Mr. Trump attended the Houston fan fest link — hardly make him an honest broker.

Countries are unwilling to risk crossing Mr. Modi and losing access to India’s huge market. Pakistan is economically weak link. It also damaged its standing, and its position on Kashmir, by supporting militant groups that have attacked Indian troops, stirring a conflict that has torn Kashmir apart for decades.

Mr. Modi claims his clampdown would resolve that conflict and bring normality and development to Kashmir. But it seems more likely that it will only heighten tensions and make life more miserable for Kashmiris.

He could avoid disaster by lifting the siege, relaxing movement across the border between zones of the Kashmiri region that are held by India and Pakistan, releasing political prisoners and allowing independent investigators to look into alleged human rights abuses. Perhaps India’s Supreme Court, responding to various legal petitions, could even order him to reinstitute autonomy.

Those hopes are almost certainly vain.

At least, in their last few crises, India and Pakistan demonstrated restraint. But it is easy to see how tit-for-tat actions can begin to escalate.

The Security Council should make clear that it opposes Mr. Modi’s brutal tightening of India’s control on Kashmir. While Mr. Modi may think he can control this volatile conflict on his own, he almost certainly cannot. - The New York Times